CHARLESTOWN NEVIS (August 31, 2010) — The Hon. Joseph Parry-led Nevis Island Administration (NIA) received high praise for what was described as its hard work and devotion to the Maddens Wind Farm Project.   The commendation came from President of WindWatt (Nevis) Ltd. Mr. Dexter Bowrin at the official opening of the company’s 1.1MW wind farm on Friday.

Mr. Bowrin who gave an overview of the project from his company’s perspective, explained that they had pledged to meet the highest standards in wind power generation and as a result used the best technicians and electricians worldwide.

“Our electrical engineers (PowerCorp) came from as far as Australia and our manufactures for the turbines were French. This effort will be continued to be realised by the people of Nevis for years to come when they continue to receive clean, green and efficient and not to mention cheap energy,” he said.

According to Mr. Bowrin, WindWatt (Nevis) Ltd. started in May 2007 with the idea to establish a wind farm on Nevis. After the revision of several wind site studies and satellite imagery, the Company approached the NIA and the Organisation of American States (OAS) to begin the process of setting up the power Purchase Agreement and other contracts.

The process took two years and in May 2009 the draft documents were completed. They were signed two months later with a commitment to have an operating wind farm within one year. “I am happy to say it was a commitment made, a commitment kept,” Mr. Bowrin said. 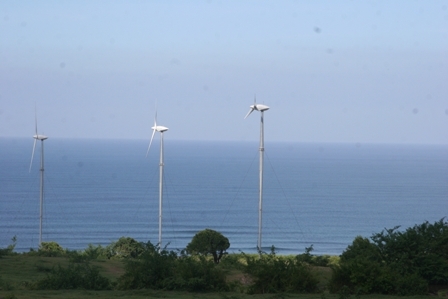 Turbines on a section of the Maddens Wind Farm

Mr. Bowrin noted that as a company, WindWatt (Nevis) Ltd. was focussed on the development and operation of small and medium sized wind farms.

“It is our cooperate mandate to be high quality service providers that utilise the latest technologies and install products that have been field tested and proven.

“Wind Watt (Nevis) Ltd. as a developer hopes that the project will be the first of many. We are ready to move forward into our next project and hope to be the wind beneath the wings that drive the economy of Nevis,” he said. 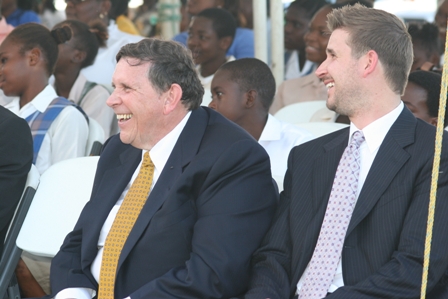