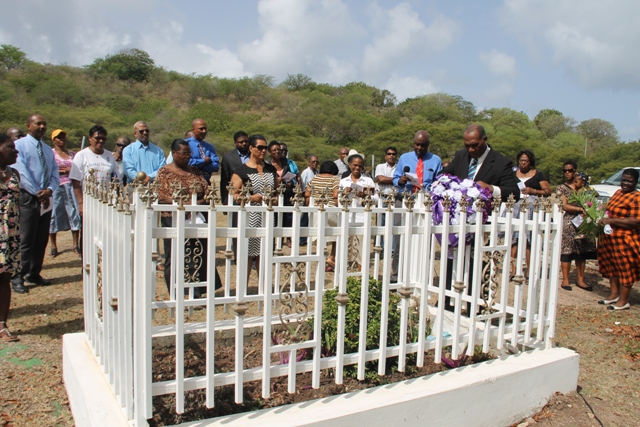 Premier of Nevis Hon. Vance Amory lays a wreath on behalf of the Nevis Island Administration at the grave site of the late Malcolm Guishard at a memorial service at the Bath Cemetery on June 11, 2014, to honour his memory after his passing seven years ago
NIA CHARLESTOWN NEVIS (June 11, 2014) –The Concerned Citizens Movement-led Nevis Island Administration paid homage to the legacy and life of one of its fallen former colleagues Malcolm Guishard, at a memorial service at his gravesite at the Bath Cemetery on June 11, 2014, which marked the 7th anniversary of his passing. Guishard had served for several years as the Deputy Premier of Nevis and the Leader of the Federal Opposition.
During remarks at the grave site, and flanked by Guishard’s widow Yvonne and his sister Mignon Wade, other members of the NIA family, friends and well-wishers, Premier of Nevis Hon. Vance Amory recollected his former colleague’s selflessness and urged Nevisians to adopt that trait.
“One of the important things about his life, was that he was selfless. He did what he had to do for everyone and sometimes he did it sacrificially and sometimes without being thanked.
“As we are here today to memorialise him and to commemorate his life, I want all of us who are Nevisians, genuine Nevisians, to see in his life, an example of what we as people of Nevis could be and should be,” he said. 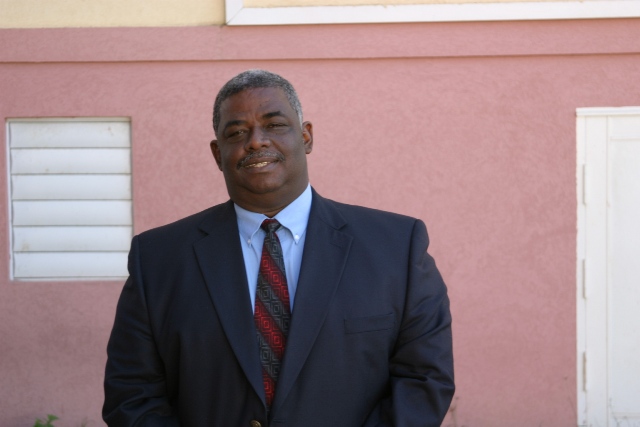 According to Mr. Amory, along with his selflessness, he remembered Guishard as one who took pride in being Nevisian and who wanted Nevisians to have a stake in their island.
“I am aware having worked with Malcolm for many years, that his greatest desire was for the people of Nevis, individually, to have pride and dignity in being citizens of Nevis and also, to have a stake and to have an interest in the land of their birth.
“I think particularly of the housing revolution which he initiated, which he felt and brought the idea to the Cabinet of the day, that everyone who is able or who could afford, should have his own bit of land and his own home. He worked tirelessly to get that programme off the ground, even though we had some difficulties with raising money from the Social Security Board at the time. We still managed to begin that process driven by him and with his love of the people who he served,” he said. 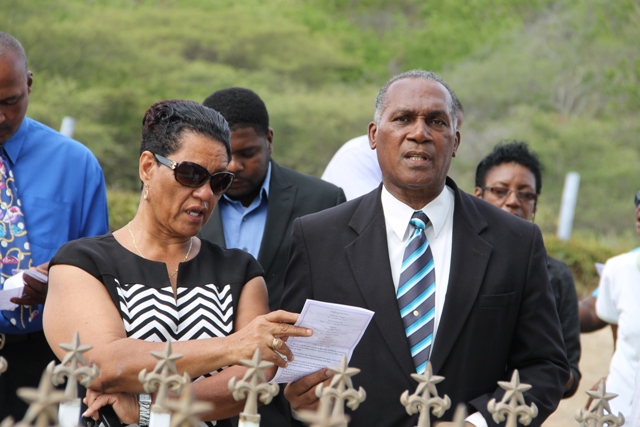 The Premier used the opportunity to urge Nevisians to adopt the Federation’s motto of like Guishard did when he was alive.
“Today as we celebrate the 7th anniversary of his passing, I want us to see in that celebration what we should be and how we should be in respect of serving our country, not serving ourselves but living up to the motto which I am sure Malcolm lived up to “Country Above Self,” he said.
Michael Perkins who had served as Junior Minister with Mr. Guishard as Senior Minister in the Ministry of Communications and Works in his remarks explained that his former colleague had taught him much by his deeds.
“I did learn a lot from him, what a politician, I think, should be like that is caring about people, serving people, getting things done on behalf of people, especially persons who were not in a position to help themselves and I think, I learned that more than anything else from Malcolm. 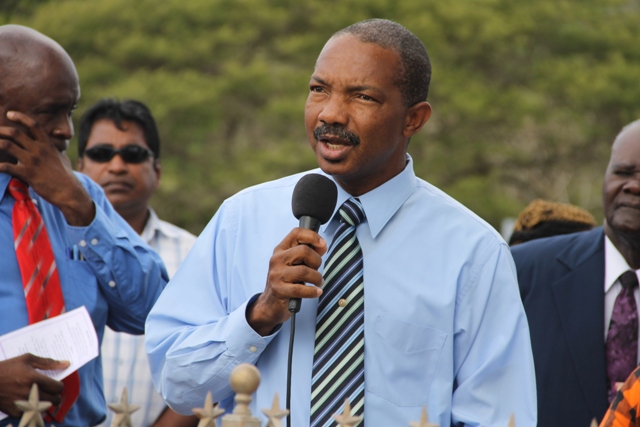 “As a matter of fact, Malcolm is known as someone who promised so much that it became impossible for him to deliver but I say that not in a negative way but I think that was simply as a result of what came from within, wanting to do so much for people. Not knowing how to say ‘no’ at times but really wanting to help people and so, again, I do not look at the promises that he made but was not able to fulfil when he was here with us as something negative but indeed something that came from within…Let us not be mourning this morning but celebrating his life and if I can say that with a smile on my face, I guess I can say that’s coming from my heart. So I remember Malcolm for all the good that he did for Nevis and the people of Nevis,” he said.
The event which was chaired by Cabinet Secretary Steadmond Tross ended with Premier Amory placing a wreath on Guishard’s grave on behalf of the NIA.
Absent from the proceedings were Deputy Premier Hon. Mark Brantley and Senior Minister Hon. Alexis Jeffers, Legal Advisor Colin Tyrell who were away from the island at that time, attending government business.