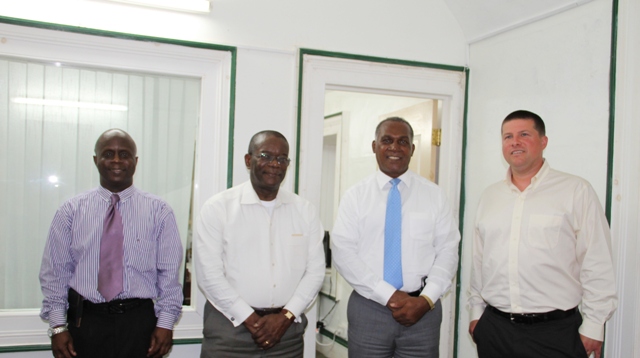 According to Mr. Goodwillie, the college had for some time had interest in preserving the historical documents on Nevis and initial work had been done by a group of visiting students in the past five years.
He said he is pleased with the renewed interest in the project and expressed his delight in working in partnership with the archives on Nevis subject to the permission of the college’s library director, to preserve and make accessible historical documents on Nevis.
Mr. Goodwillie also indicated that he plans to return to Nevis in January, with a contingent of students, to visit and analyse the archives at the Alexander Hamilton Museum.
Also present was Permanent Secretary in the Premier’s Ministry Mr. Wakely Daniel.