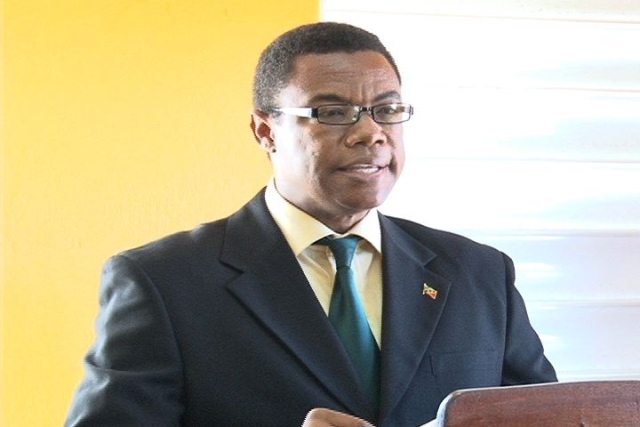 Minister of Trade in the Nevis Island Administration Hon. Dwight Cozier
NIA CHARLESTOWN NEVIS (December 13, 2012) — The Nevis Craft House attained another landmark on December 11, 2012 with the launch of its new marketing tool on the information super highway.

In a ceremony held on the premises at Pinneys to mark the occasion, Minister of Trade in the Nevis Island Administration Hon. Dwight Cozier said that modern step was no mistake.

“Make no mistake about this occasion this morning. This is a landmark moment for the Craft House and for the island of Nevis.

“This Craft House has a 30 plus year history. It began in 1979 and it has been finding its way since its inception but the moment we are here to celebrate this morning, the launching of the website to exhibit the products that are crafted by you the employees of the Nevis Craft House, is indeed a landmark moment,” he said.

The Trade Minister told the workers present at the event that the moment recognised them and was a result of their unquestionable performance that would ultimately showcase Nevis to the world. 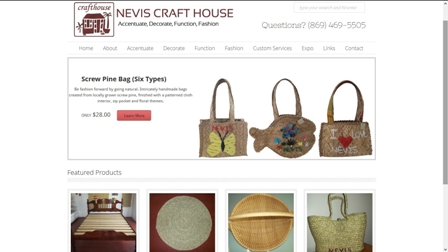 “It is your performance, the employees of this institution, that will see the work and the product of Nevis placed on the international market.

“It is your performance that will cause the name Nevis to be branded on these products ‘Made in Nevis’ and seen in Japan, in Indonesia and all parts of Asia, in  Africa, in Europe, throughout the Caribbean and in Australia – on the five continents of this planet. In other words, your work has now gone international,” he said.

According to Mr. Cozier, the idea of establishing a website was conceived to ensure that the performance of a small island no longer remained hidden beneath a bushel but instead would be exhibited throughout the world and could shine on the world stage as residents and citizens of the small island of Nevis.

Meantime, General Manager of the Nevis Craft House Ms. Dorette Daniel in remarks said when the idea of a website for the institution was first raised by the Trade Minister there were many who doubted. However, she was given the mandate to make it a reality and with the assistance of Marketing Officer Mr. Jermaine Stapleton it had become a reality. 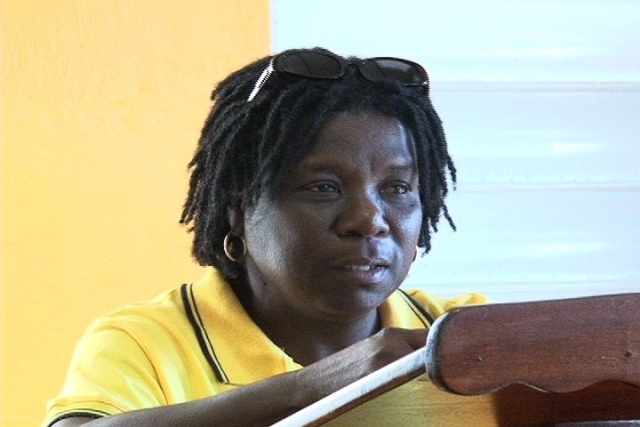 Ms. Daniel used the opportunity to remind the staff, that the eyes of the world were on the Nevis Craft House and urged them to continue to work in the interest of their island home Nevis.

She further explained that the launch of the website signalled a commitment to provide quality service to the public and was part of a strategic marketing plan.

“In today’s world where technology is king, we anticipate that this website will provide opportunities for us to access and penetrate not only the local market but external ones as well. 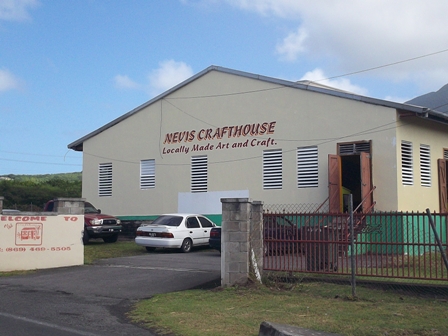 Ms. Daniel spoke to some of the features visitors to the new website would be able to utilise.

“Neviscrafthouse.com allows you to browse by categories, accentuate, decorate, function, fashion and account and purchase our product from anywhere in the world.

“The Craft House is not only about products it is about people and I would like to thank the staff for their hard work during the course of this year and encourage them to aspire to greater things in 2013,” she said.

The General Manager also announced that the Craft House also had a presence in the social media at www.facebook.com/neviscrafthouse and had a new slogan “Craft House: More than what you expect”.

Notwithstanding, Ms. Daniel did not end her presentation before speaking of the special rates that awaited persons who wished to purchase items up to early next year. 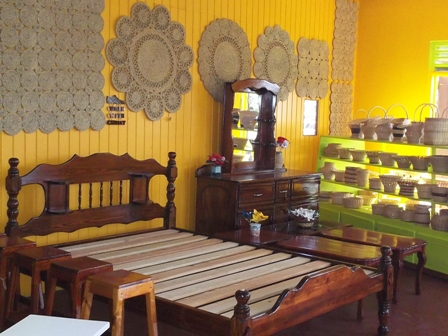 “We have detailed beautiful handmade crafts that can be shared as gifts or treasured as souvenirs. The Craft House has the best values on furniture on the island. We build the custom made dressing tables and more and offer payment plans too. Now until the 31 of January 2013 you can receive 10 percent off furniture and 5 percent off craft,” she said.

Other remarks came from Premier of Nevis Hon. Joseph Parry and Permanent Secretary in the Ministry of Trade Mr. Dwight Morton who also chaired the launching ceremony.