The Minister was at the time delivering remarks at the Nevis Culturama Committee’s official Contestant’s Launch 2012 on June 22nd in Charlestown. A total of 15 contestants were presented to the public for the first time ahead of the 2012 July 26th to August 7th Culturama Festival. Six for the Ms. Culture Pageant, four for the Ms. Culture Swimwear Pageant and four men for the Mr. Kool contest.

“It is our task in the Ministry to make sure that all of the girls and all of the men who are in the Mr. Kool, are well provided for even after the show. I want you to observe that over the last five years we always had six girls in the Miss Culture pageant… We are continuing the sensational six that we started some years ago. 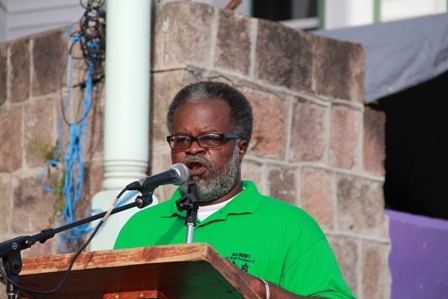 Mr. Daniel encouraged members of the public to support the contestants and thanked those who had supported them so far. He noted that the Ministry of Culture would do all it could to make the pageants outstanding.

“Support the girls, give them every encouragement, support the men and I believe we are going to have three great shows. I will leave you with this thought, that we can all come together to make these pageants remarkable. From us in the Ministry of Culture, we will do all we can to make sure all of us have an enjoyable show come Culturama 2012. 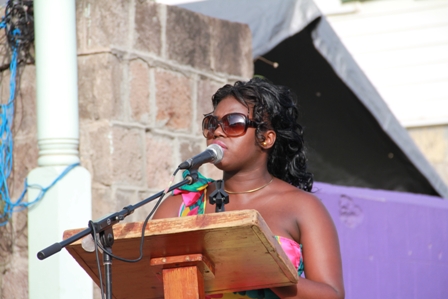 “I want to say to all of the contestants, enjoy and you have the full support of the Ministry of Culture and the Nevis Island Administration,” he said.

Mr. Daniel gave recognition to Chairperson of the Pageants Sub-Committee Ms. Jaedee Caines, for what he said was her work advancing the shows to that point. He also gave special recognition to the 2012 Festival’s Patron and Grand Marshal for the Cultural Parade Mr. Elmos Jeffers from the village of Westbury.

The Culture Minister also used the opportunity to invite everyone including those in St. Kitts to participate in the Festival.

Meantime, Special Advisor to the Ministry of Culture and Chairman of the Culturama Festival 2012 Mr. Halsted “Sooty” Byron, in remarks expressed contentment with the ongoing preparations for this year’s Festival. He stated that many had asked if there was going to be a Festival this year but assured that there would not be a year without Culturama. 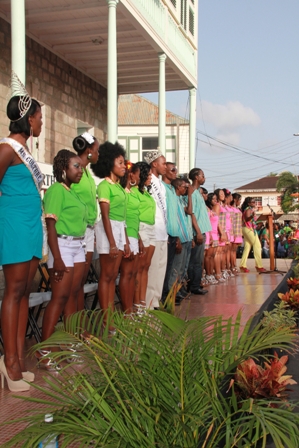 Mr. Byron used the opportunity to speak to the pre Culturama activities in particular the Culturama Classic Vintage White Affair scheduled for July 6th and a fashion show forJuly 15th. Both events will be held at the Nevis Performing Arts Centre (NEPAC) at the Pinneys Industrial Site.

“I want to tell you as well of a great activity we are having on July 6th at the Nevis Performing Arts Centre’s courtyard section.  It is what we have dubbed as a Culturama Classic Vintage White Affair. It’s a dance of class featuring Uncle Don, Dj Istaff and Dj Marshal, three great Dj’s from the 80’s and 90’s.  We want to invite all who are willing to dress up nicely in a white top or bottom or in full white if you wish, look classy and come and have great fun with us. You will get a glass of wine on entry as well…

“It’s going to be a wonderful affair. So I want to invite you, young and old to come out,especially the older folks like me, who are not able to keep up with the Dancehall and the fast Soca music that we have in the dance halls nowadays,” he said.

The Culture Advisor also extended another invitation to the public to attend what he described as a high end fashion show which will be held at the Michael Herald Sutton Auditorium at the NEPAC. The event will involve all the Culturama 2012 contestants. He said the show would also include performances by Soca, Reggae and Dancehall artists and dancers. 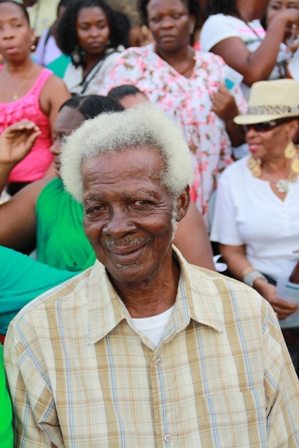 According to Mr. Byron, the Culturama Committee was putting on the show as an added attraction for the Festival.

Mr. Byron also registered his commendations for the Pageants Sub-Committee headed by Ms. Jaedee Caines for the satisfactory job they had been doing.

“It’s not easy and we are so happy this year to have a young woman like Jaedee doing a great job and leading the way in this pageant.