Deputy Premier of Nevis and Minister of Culture Hon. Mark Brantley officially launching Culturama 42 at the Charlestown Waterfront on June 17, 2016
NIA CHARLESTOWN NEVIS (June 21, 2016) — Deputy Premier of Nevis and Minister of Culture Hon. Mark Brantley gave Nevisians, what he termed, the licence to go out and enjoy themselves, as he officially launched the start of Culturama 42 (C42). The annual festival is Nevis’ key cultural showcase and has become known as “The Caribbean’s Greatest Summer Lime.”
The festival’s launch took place at the Charlestown Waterfront on June 17, 2016 with hundreds of patrons in attendance. The theme is “Celebrating the Old! Showcasing the New! Culturama 42!” and the patron is the Soul Survivors Band.
“Culturama is not about me…It’s about you. It’s about you enjoying yourself. Coming out and having a good time and so we invite you all to come out to the Cultural Complex. Come to the Cultural Village. Go to the various venues. Eat some food. Drink something and enjoy yourself for Culturama 42…
“Culturama, ultimately, is what we make it and so, I ask you to come out and support everything that is happening. Have a good time. Have a fun time and with those few words, it gives me great pleasure to pronounce Culturama 42 officially launched. Now that’s your licence to have a good time,” he said.
The official Culturama 42 activities will commence on July 21, 2016, with the grand opening of Culturama 42 at the Charlestown Waterfront from 5: 30 p.m. On Saturday July 23 the Empire Sports Club Aquatic Extravaganza will take place at the Charlestown Port from 10 a.m. Later that day the TDC Senior Kaiso Semi-Finals Contest will take place at the Cultural Complex from 8 p.m. 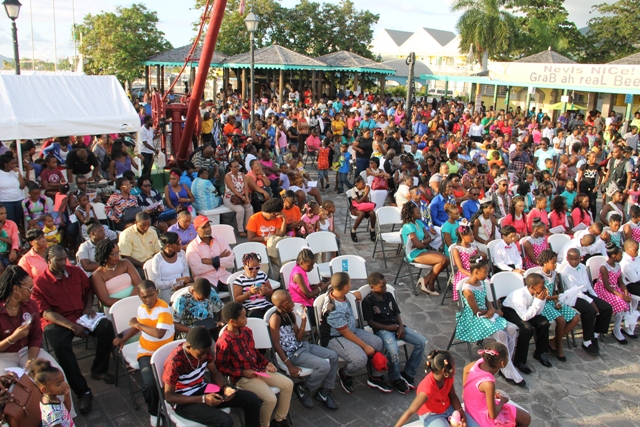 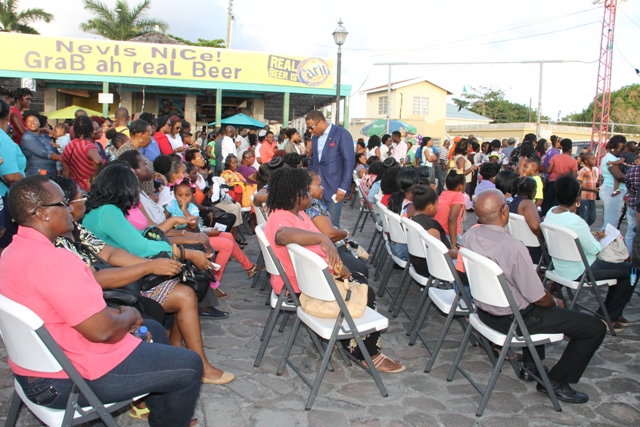 On July 31, the S. L. Horsford’s Miss Culture Queen Pageant will take place from 8 p.m. at the Cultural Complex.
Four events are scheduled for August 01 commencing with the Emancipation J’ouvert Jump Up from 5 a.m. from Gingerland to Charlestown. The Herbert’s Beach Affair will commence from 1 p.m. at Herbert’s Beach. The FLOW Miss Caribbean Culture Queen Pageant takes place at the Cultural Complex from 8 p.m. and the King of the Turntables Culturama DJ Competition takes place from 11 p.m. at the Cultural Village.
On August 02 will be the Culturama 42 Street Parade, on Stage Display and Last Lap which will begin around Charlestown from 12 noon.
The final event that will herald the end of the festival which will be the Culturama 42 Prize Giving Closing Ceremony at the Cultural Village from 8 p.m.