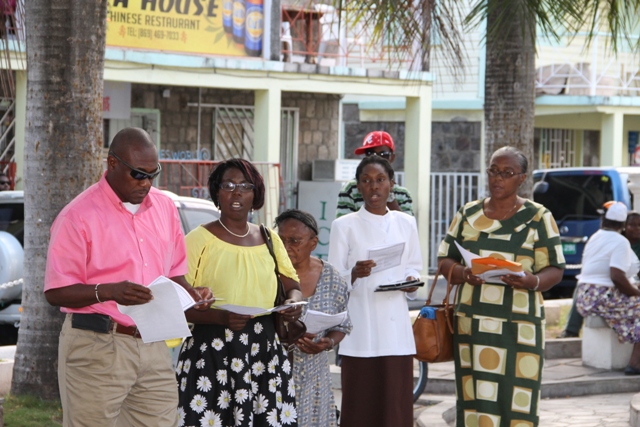 Prayers were offered by Archdeacon Dr. Alson Percival, Pastor Dalton Grenyion, Rev. Lawrence Malawa and Pastor James Douglas respectively for Preparation of oneself, Preparation of Property, Response Agencies and for Government.
Meantime, Director of the Nevis Disaster Management Department (NDMD) Brian Dyer gave an update on the 2016 Atlantic Hurricane Season.
He explained that based on information from the National Oceanic and Atmospheric Administration’s (NOAA) Climate Prediction Center based in the United States of America, the 2016 Atlantic Hurricane Season which runs from June 01, through to November 30, will most likely be near-normal, but forecasts uncertainty in the climate signals that influence the formation of the Atlantic storms, make predicting this season particularly difficult.
Dyer noted that, according to the NOAA prediction, there is a 70 percent likelihood of ten to 16 named storms with winds of 39 miles per hour (mph) or higher, of which four to eight could become hurricanes with winds of 74 mph or higher, including one to four major hurricanes (Category 3, 4 or 5) with winds of 111 mph or higher. 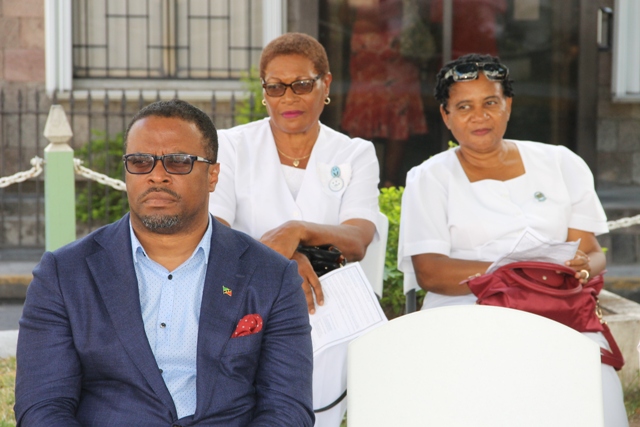 The Atlantic Tropical Cyclone names for 2016 are Alex, Bonnie, Colin, Danielle, Earl, Fiona, Gaston, Hermine, Ian, Julia, Karl, Lisa, Matthew, Nicole, Otto, Paula, Richard, Shary, Tobias, Virginie and Walter.
According to the prediction, although a near-normal season is most likely with a 45 percent chance, there is also a 30 percent chance of an above-normal season and a 25 percent chance of a below-normal season.
The NDMD official said El Niño is dissipating and the Climate Prediction Center is forecasting a 70 percent chance that La Niña, which favours more hurricane activity, will be present during the peak months of hurricane season from August through October. However, current model predictions show uncertainty as to how long La Niña and its impacts will be.
Dyer said it only takes one storm to significantly disrupt one’s life and urged persons to prepare for the worse to keep themselves, their family and first responders out of harm’s way. 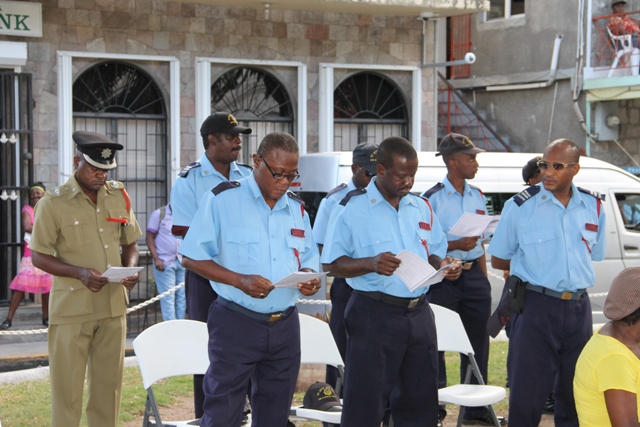 He quoted the Federal Emergency Management Agency (FEMA) in the US to tell the public that they should take the necessary steps to be prepared by developing a family communications plan, building an emergency supply kit for their home and ensure that their family knows their evacuation route and emergency shelters. He said they are small steps that can help to save lives when disaster strikes.