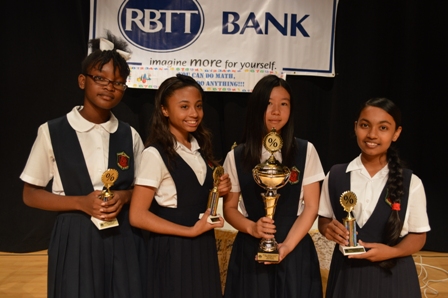 Charlestown Secondary School students (L-R) Ercha Stapleton, Gabriella Brantley, Kelly Zheng and Indra Joylall, winners of the first Lower Secondary School Math Bowl sponsored by the RBC/Royal Bank of Trinidad and Tobago (RBTT) Ltd.
NIA CHERLESTOWN NEVIS (February 07, 2014) — The Nevis Island Administration (NIA) has taken steps to restore the Charlestown Waterfront to what it described as its former glory with an overhaul that would keep the island’s main sea port inviting and one of the most beautiful in the Caribbean.
Minister responsible for Communication and Works on Nevis Hon. Alexis Jeffers told the Department of Information on February 07, 2014, that the project which commenced on January 23 was a collaborative effort.
“Over the years the Charlestown Waterfront has been known for its beauty but we have lost that appeal and we are trying to enhance it to re-establish it as one of the most beautiful and inviting entry ports in the Caribbean and maintain the pride we have always had in the beauty of our island.
“The project is a collaborative effort between the Nevis Island Administration through the Nevis Air and Sea Ports Authority (NASPA), the Ministry of Tourism, the Nevis Tourism Authority (NTA) and the Republic of China/ Taiwan at a cost of EC $100,000. It is expected to be completed by the end of February,” he said. 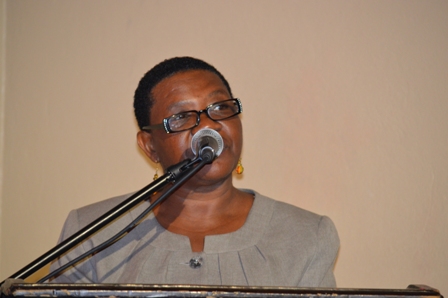 According to Mr. Jeffers, the work is being carried out by both the Public Works Department, private contractors with the assistance of inmates from Her Majesty’s Prison.
The scope of works for the first phase of the project, includes the installation of 13 of the 40 LED street lights donated by the Republic of China (Taiwan) along the Samuel Hunkins Drive and the resurfacing of the main road and parking lot on the seaside of TDC.
Bollards along the main road would be refurbished, traffic signs replaced and flowers planted in various areas along the Samuel Hunkins Drive including vacant plots of land along the road.
Subsequent phases would involve the installation of four LED lights on the main Charlestown pier and street lights were expected to be erected in areas which led to the Waterfront via Prince William Street. 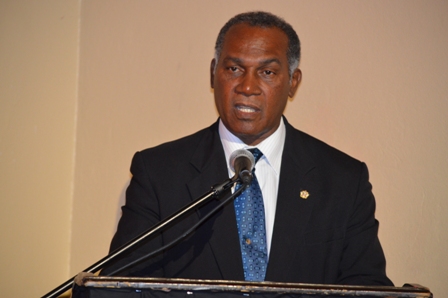 However, the Minister told members of the public that although the Ministry would work with Police to guard against vandalism and wanton destruction of the refurbished public area, their assistance in that regard would be critical.
“Any damages that occur we will check with the Traffic Department and liaise with them. I call on the public to play their part in this effort and report any acts of destruction and or vandalism that would take place when the project is completed at the Waterfront.
“I must point out as well that persons who destroy any of those columns going down the waterfront, they will be responsible for the replacement…We have restored those but the person in question will have to undertake the cost of repairs. I am asking persons to take care of the Waterfront, let us cut down on the littering,” he said.
Meantime, Mr. Jeffers spoke to an added feature which would adorn the Waterfront and urged residents of Nevis to join in that effort. 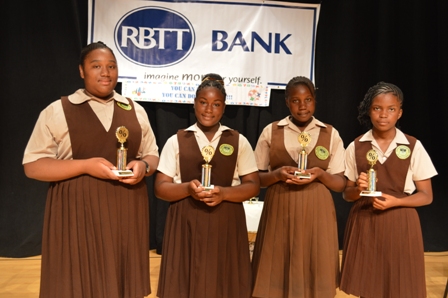