Minister of Health on Nevis Hon. Hensley Daniel in remarks at the one-day session which formed part of a month-long observation of World Cancer Day, told participants that given the incidence of Cancer on Nevis and the high cost associated with the treatment and care of the disease there should be a pool of financial resources set aside to ensure assistance to all those afflicted with the illness.

“What we need most urgently is a pool of funds similar to the NIH in England where everybody who gets sick is assured of some degree of assistance, as opposed to what we have now everybody who gets sick and who is unable to meet the cost, we in the Ministry of Health we make moral decisions to help people we would like with the Health Insurance to make an economic decision because we would have a pool of funds.

“If we take Dr. Martin’s assessment of cost of care on board, it means therefore that we have to have a pool of funds somewhere… So we should take the proactive approach in endorsing the Health Insurance so that everybody is covered and everybody is guaranteed some level of medical care,” he said. 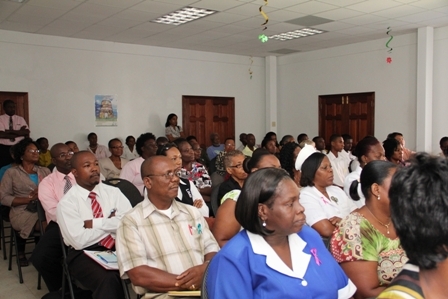 While the Health Minister thanked Pink Lily for its efforts in the fight against Cancer, he noted that the meeting should serve to energise everyone who received the opportunity to better understand the disease and its implications and it should give all a missionary zeal to move forward to wage war on Cancer.

He added that the session should most importantly guide the participants toward prevention, treatment care and support of those who were affected by cancer and noted it was an opportune time for them to extend the pool of volunteers who could help to help others cope with Cancer.

Notwithstanding, Mr. Daniel questioned what would be the next step for those already involved in the fight against Cancer.

“The question now of the Ministry of Health and perhaps of our Pink Lily we have heard of what they do, I would simply end by asking the question: What next? Where do we go from here? Do we continue our efforts to enlargen the awareness of the people and do we continue to take on board, encourage all of the individuals to take the necessary steps to prevent cancer. 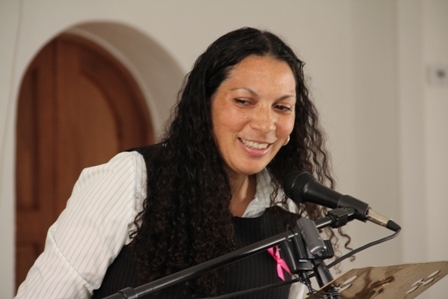 “I believe we have with us in Nevis the human and financial resources to at least provide palliative care when it becomes necessary for persons who are afflicted by Cancer…Together we have begun doing something, together we must continue to do the things that make a difference,” he stated.

During his remarks the Health Minister also praised the fortitude of the Cancer Survivors on Nevis, three of whom gave testimony of their experience with the illness financially, emotionally and otherwise.

“So if anything, they [Survivors] could at least in time and over time as people become ill with the disease they will serve as inspiration for them,” he said.

Mr. Daniel also used the opportunity to laude the efforts of all the Doctors Health Service Providers and their support staff at the various Health Centres and Hospitals who had to deal with patients afflicted with Cancer and addressed the issue of Cancer in a meaningful way. 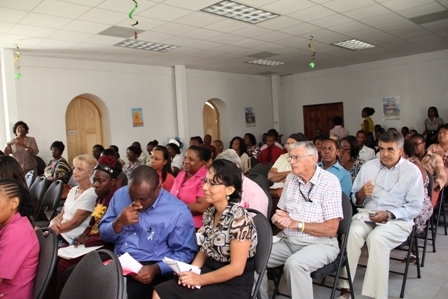 However, he noted that given the incidence of Cancer on Nevis, he was certain that Medical Practitioners would welcome the opportunity for some detailed research in Nevis, to determine the cancer causing agent whether it was via heredity or whether it was via the environment.

Mr. Daniel also spoke to the establishment of a Cancer Registry from which contact tracing could be done. He explained that in that way a case could be built for persons who were related and their risk factor for Cancer could be determined.

He said it was one area the Ministry of Health planned to pursue in the ensuing year.