Seventeen-year-old Kevonie, a Nevis Sixth Form College student, was outstanding throughout the night with her poise and eloquence, capturing the Best Ambassadorial Speech and Best Talent segments. She was also chosen by her peers as Miss Amity. 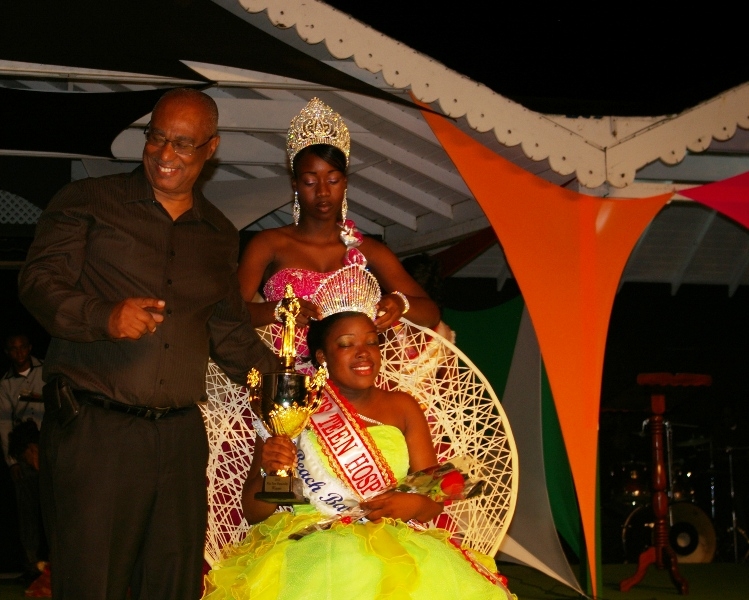 “This year, the show was exciting as all the contestants showed great showmanship and talent”, said the Premier.

The show staged at the Cultural Complex, as part of Tourism Week 2012, was hosted by popular Nevisian Master of Ceremonies. Mr. Eric Evelyn.

Tourism Week is being observed (Feb 3-12) under the theme “Linking Generations, Building Bridges”