Head Table in Washington D.C
(CHARLESTOWN,NEVIS–WEDNESDAY, October 27th, 2010 ) The NRP-led Nevis Island Administration has disclosed that it wishes to revisit a 50-year offshore university monopoly granted by the former Amory Administration  in 1998.

Deputy Premier, the Hon. Hensley Daniel  made the disclosure at a recent town hall meeting hosted by Premier Parry in Washington, D.C.

“We have 38 years left before the island of Nevis can put down another medical University on Nevis according to the contract,” said Health Minister, the Hon. Hensley Daniel. 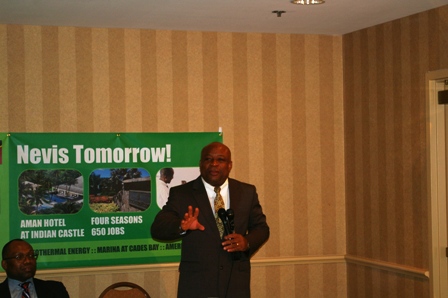 Hon.Daniel speaking in D.C
Minister Daniel noted that the contract had been reviewed by the present Nevis Island Administration and according to him there was a clause in the contract, which could be reviewed every 10 years but that was only if there was a breach.

“The Medical school has meant a lot for the people of Nevis including renting of cars, homes and purchasing of food. We are not denying that but two more University’s on the island would be excellent,” comment Minister Daniel.

The Premier of Nevis, Hon. Joseph W. Parry reinforced Minister Daniel’s position and said that Nevis had benefited tremendously through the presence of the Medical University of the Americas on the island. 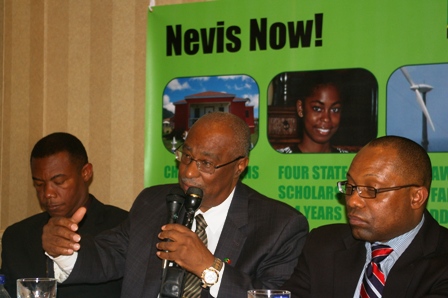 Premier of Nevis, Hon. Joseph Parry answering questions in Washington. D.C
“They have added something to Nevis, there is no denying of that but a 50 year monopoly is too much,” said the Premier.

According to the Premier, St. Kitts has about five universities and they are all of high standing and were doing very well on the island.

“Because we are small and in the Caribbean, people tend to feel that we do not act responsibly. I don’t like that. People must respect us that we can make good decisions to have more universities at a similar level or even of a higher quality,” said the Premier.

Premier Parry also insisted that lawyers in Nevis and St. Kitts should not lose sight of the fact set principles and not forget that they too were from the Federation.

He concluded, “One must not only work on behalf of their client but they must work in the best interest of their country.” 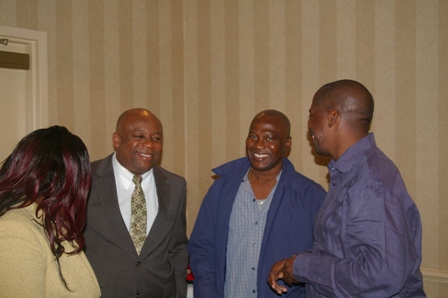 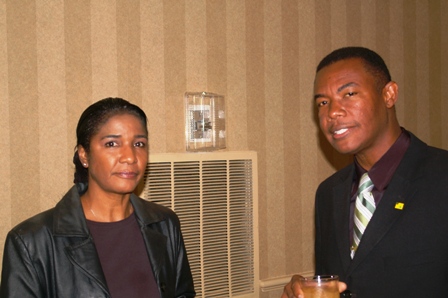