Issues raised in New Haven were: Negotiations of Corporate taxes paid into the Nevis treasury, the opening of the Four Seasons Resort, Devolution of power for Nevis, Education, Social Development on the island and matters similiar to those raised in the other cities (Brampton, Silver Spring, and New York). 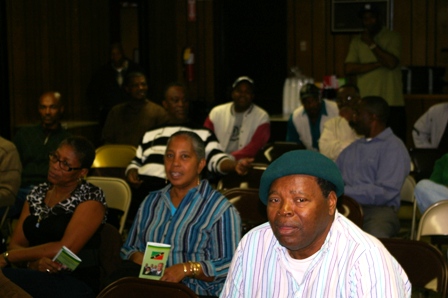 Audience in Conn.
“I enjoy meeting with Nevisians throughout the Diaspora while hearing their concerns, questions and suggestions,” commented the Premier.

Members of the delegation said the feedback during and after the meeting was overwhelmingly positive, as many participants thanked the Premier for the information on all the programmes, projects and policies taking place on Nevis.

Many participants also said they appreciated the Premier and his team for providing a power point presentation, brochures, DVD’s and a large banner which outlined the Governments achievements and the vision going forward for the NRP-led Administration.
Approximately 35 persons attended the 2-hour town hall meeting in Connecticut. 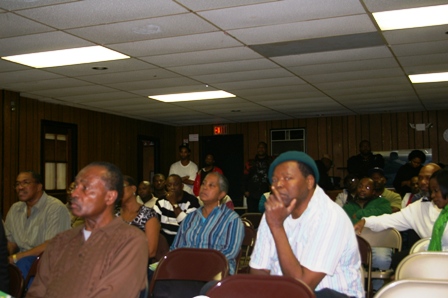 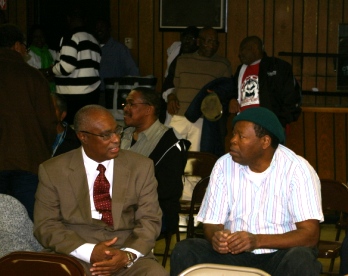 Premier Parry talking with a guest after the meeting