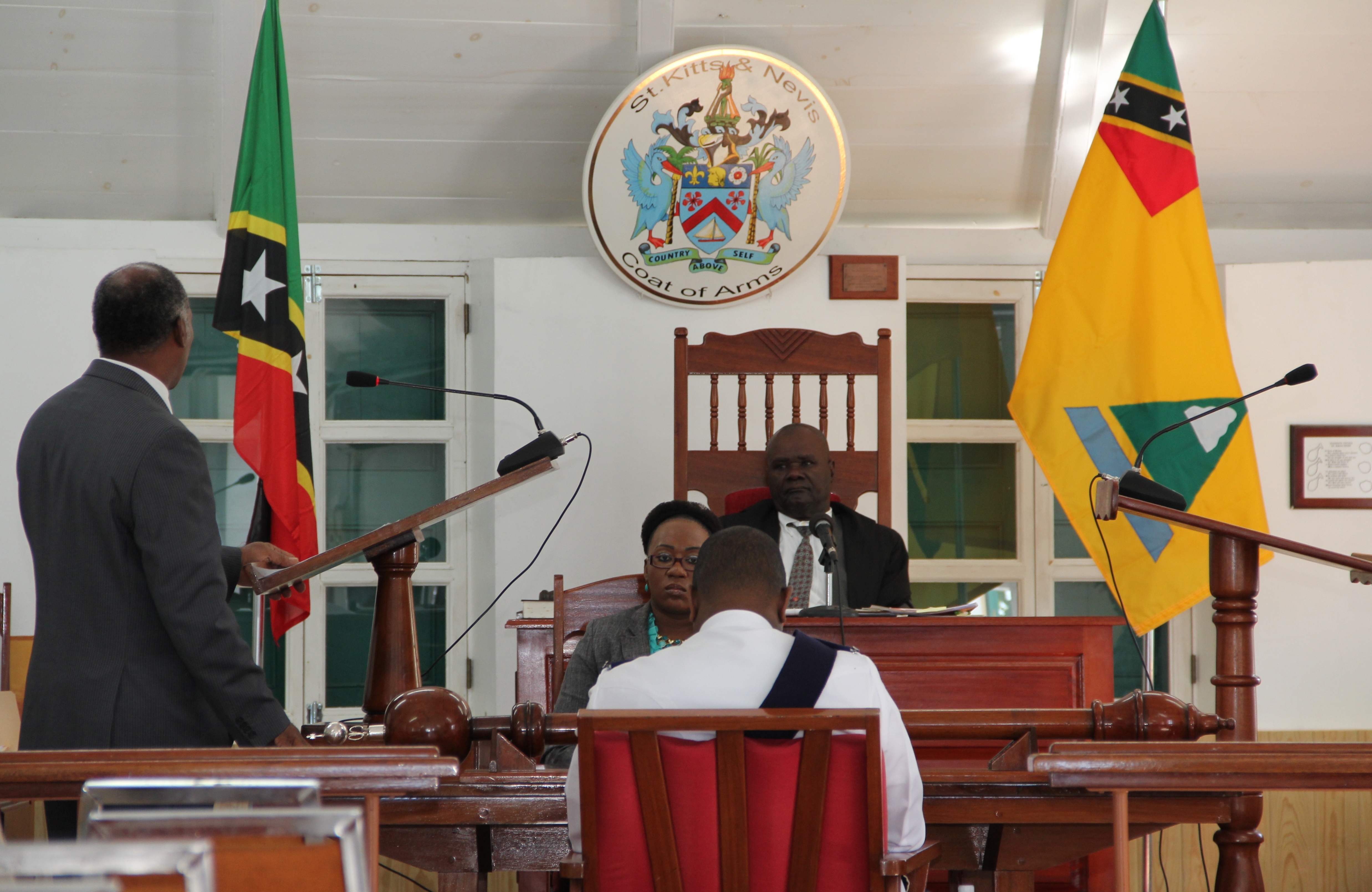 A sitting of the Nevis Island Assembly Chambers in session with Premier of Nevis Hon. Vance Amory addressing the Assembly’s President Hon. Farrel Smithen with Assembly Clerk Shemica Maloney and Sargent of Arms from the Royal St. Christopher and Nevis Police Force in attendance (file photo)

NIA CHARLESTOWN NEVIS (DECEMBER 04, 2015) — In what can be described as its final sitting for 2015, the Nevis Island Assembly will convene at Hamilton House at 10 a.m. on December 08, 2015. At the sitting, Premier of Nevis and Minister of Finance in the Nevis island Administration (NIA) Hon. Vance Amory will present the 2016 Budget Address.

This will be followed by messages from Deputy Governor General His Honour Eustace John, and announcements by the president.

Mr. Amory will then lay on the Table the Draft Estimates 2016 which will be followed by statements by Ministers in the Nevis Island Administration and Personal Explanations will follow.

The Minister of Finance will then introduce and read for the first time The Nevis Appropriation (2016) Ordinance, 2015.

Then will come Public Business and the Bill’s Second Reading. Mr. Amory will then move the second reading of the The Nevis Appropriation (2016) Ordinance, 2015.

Mr. Amory would then outline the fiscal measures for the ensuing year. He would then seek an adjournment to allow the members of the Opposition to go through the budget to return the following day for the debate.

The final item listed before the sitting adjourns is Resolutions.