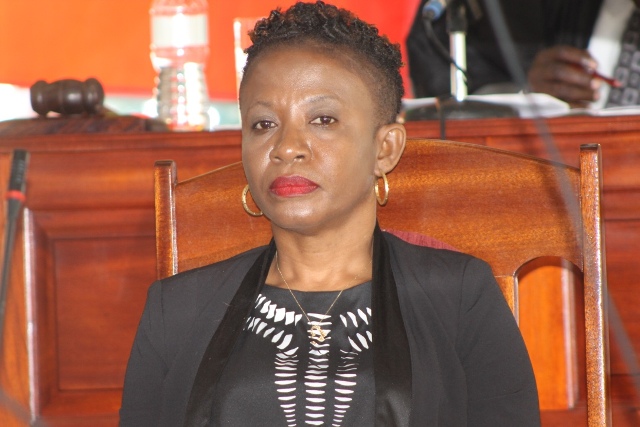 NIA CHARLESTOWN NEVIS (June 28, 2018) — Two Bills and two Resolutions are expected to come before the Nevis Island Assembly when it meets on July 03, 2018. The sitting will be held from 10 a.m. at the Assembly’s Chambers, Hamilton House on Samuel Hunkins Drive in Charlestown.

According to the Order Paper dated June 25, 2018, circulated by the Clerk of the Assembly Ms. Myra Williams, Hon. Mark Brantley, Premier of Nevis and Minister of Finance, will move to have the second and third reading of the Tax Administration and Procedures (Amendment) Bill 2018.

The object of the Bill is to amend the Tax Administration and Procedures Ordinance, Chapter 6.11 (N) and for matters related or connected to it.

For the second Bill that will go before the Assembly, Hon. Eric Evelyn, Minister of Information and Information Services will move the second and third reading of the Nevis Freedom of Information Bill, 2018. It is designed to give members of the public a general right of access to official documents of public authorities subject to limited exceptions and for related matters.

The other Resolution will seek an overdraft facility at the St. Kitts-Nevis-Anguilla National Bank Limited with a limit not exceeding EC$5million for the period not exceeding January 1st to December 31st, 2018. It will provide bridging funds for the day-to-day operations of the Nevis Island Administration.

The sitting will commence with the formal entry of President of the Assembly Hon. Farrell Smithen followed by prayers, a motion for the approval of the Order Paper as circulated and messages from Her Hon. Marjorie Morton, Deputy Governor General.

After announcements by the President, papers will be laid followed by statements from ministers then personal explanations. The Bills will have their second and third readings. That will be followed by the resolutions before the sitting is adjourned.