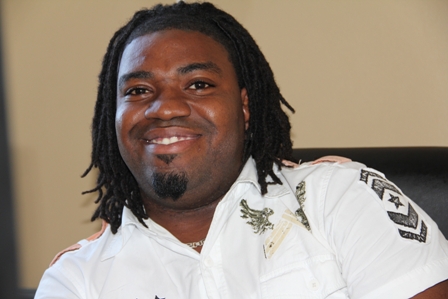 He told the Department of Information in an interview  at the Centre on October 10, 2012, that there had been a number of public announcements regarding the auditions at the Centre on Saturday from 9am and gave the reason behind the formation of a junior and adult choir.

“The reason why we are having the auditions is to facilitate our upcoming programmes, so this is just the first part of the programme to get really good people that can sing and who are interested in  not just only coming and sing and standing up but to perform as a choir. 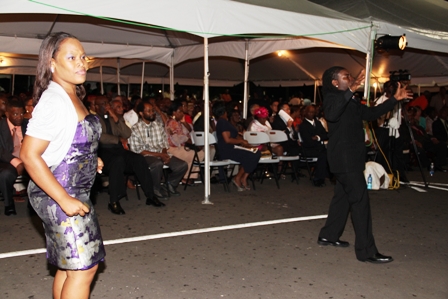 According to Mr. Herbert, a number of persons had already indicated their interest in being a part of the choirs but not many persons had signed up for Saturday’s audition.

“So far we are not seeing the numbers but a lot of people are very interested in doing this. We put together a choir for the Nevis Performing Arts opening ceremony. That group they are very excited because they have been sitting down for a while. Now they heard the programme would be back up, they are very excited,” he said.

The NEPAC Official also indicated that persons who joined the choirs would be exposed to professional in-house training but warned that the programmes would be intense.

“We would just like to encourage the general public if you are interested in singing especially in a choir, this is the choir audition. If you are interested in joining a choir I think this would be a very good experience because we have some good people here to work with you on voice training and all the other niceties that come with the Performing Arts Choir.

“The programmes will be intense, it’s going to be very professional and very intense but yet still very funny,” he said. 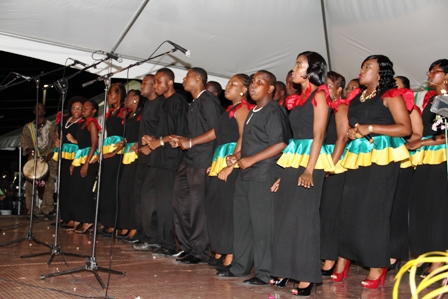 Mr. Herbert further explained that the auditions which would be held at the Michael Herald Sutton Auditorium will follow the format used by popular American television show American Idol.

“We will have five assessors and a keyboardist. Only the assessors will be inside the building, everybody else that’s going to be auditioned will be outside in the courtyard so the one [person] auditioning will only sing to five people and that’s the assessors.|

“At the end of your audition you would know for sure if you are a part of the choir or not. So they will tell you straight off if you made it or if you didn’t make it,” he explained and added each choir would have approximately 50 members.