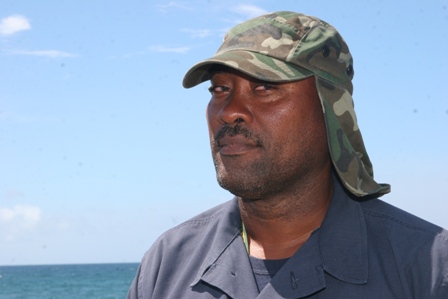 CHARLESTOWN NEVIS (June 30, 2010) — Members of the Special Task Force in the Nevis Police Division destroyed an estimated EC$1million worth of drugs in the presence of local media on Wednesday at an undisclosed location.

According to Head of the Unit Inspector Winston Wilkinson, the drugs consisted of mainly cocaine and cannabis (marijuana) but there were a number of marijuana seeds and implements used in the illegal drug trade.

“We have two kilograms of cocaine, 15 bales of compressed marijuana, over 3,000plants. We have a lot of other small bits, five pounds of marijuana here and five pounds there.

“The Police don’t keep anything. As long as it has gone through the court system we destroy it, we don’t have use for it. Persons would have seen on the news from time to time, we destroy drugs and we always ensure that it is done in a way that the public can see that we are being above board,” he said.

In relation to the origin of the drugs the Inspector explained that they were all as a result of local operations and in most cases it was because of information forthcoming from the public.

“All the drugs burnt here today was as a result of local operations. Unfortunately in recent times we have not intercepted persons coming into the Federation with controlled drugs but based on information from concerned citizens cooperating and willing to give information to the police. 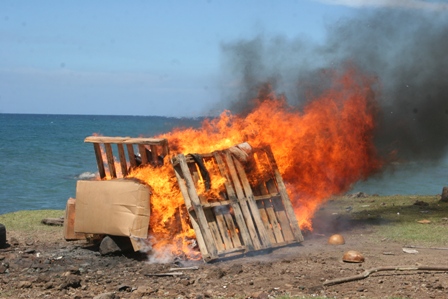 One Million Eastern Caribbean worth of illegal drugs up in smoke

“Some [are from] strictly police operations, [for] some of it persons have been prosecuted and some of it unfortunately some persons were not made accountable for having them,” he said.

In response to a question which shed light on the existing police/media partnership Inspector Wilkinson said the Police had enjoyed much cooperation.

When asked about the results of the ongoing police efforts to bond with the public, Inspector Wilkinson noted that it was because of the interaction through town hall meetings that they continued to win public confidence.

“We have seen a significant improvement in the relationship and cooperation from the public who are willing to come forward with information.

“Here today we are destroying drugs and a lot of it is as a result of the public assisting the police in getting that and we continue to solicit the support of the public and encourage persons to be cautious to be careful but come forth with the information,” he said. 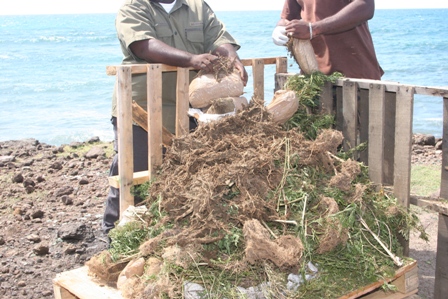 The Senior Officer also used the opportunity to address the matter of recovered illegal firearms and the process used by police after they were confiscated.

“When we recover illegal firearm off the streets it goes through a process where it is examined (ballistics) and in some instances we do DNA testing.

“They go through the court system and we seek assistance from international agencies to trace the origin of the weapon and they are kept in police custody,” he said. 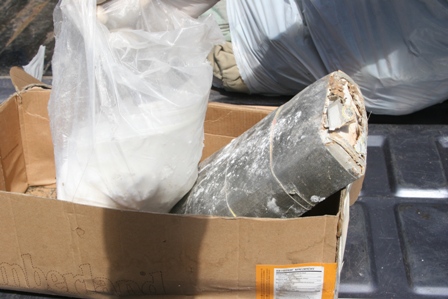 The 2killograms of cocaine headed for the fire 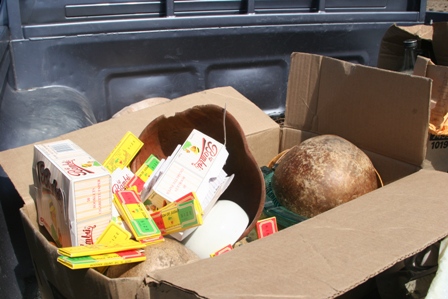