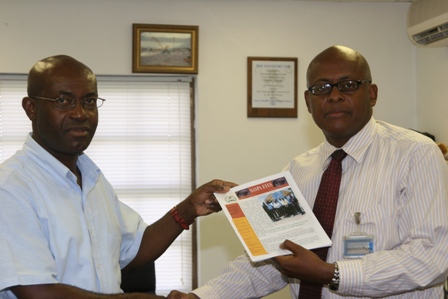 CHARLESTOWN NEVIS (April 30, 2010) — Chairman of the Nevis Air and Sea Ports Authority (NASPA) Mr. Laurie Lawrence, challenged the Authority’s management to maintain publication of its first ever newsletter NASPA EYES. He said the quarterly publication was a valuable tool that would promote accountability within the organisation.

His comments came when he delivered remarks at the publication’s official launch on Friday at NASPA’s offices at Long Point.

“As the Chairman of the Authority, I am speaking on behalf of the Board, we would want to exert some pressure to ensure that management keeps this document available and publish quarterly. Even though you do not publish every quarter we do not want it to die out. This is an extremely important document and I want everybody to understand that we will be holding you accountable,” he advised.

Mr. Lawrence described the eight page newsletter as an important document which also promoted communication within the organisation and its various units; provided an opportunity for transparency and would give group organisations the opportunity to disseminate information to all their members.

While he thanked those who were involved in the production of the newsletter, the Chairman reminded all staff members that they should utilise the publication to document and develop their creative skills. He also encouraged them to heed the organisations goals through the publication and work together as a team to realise them. 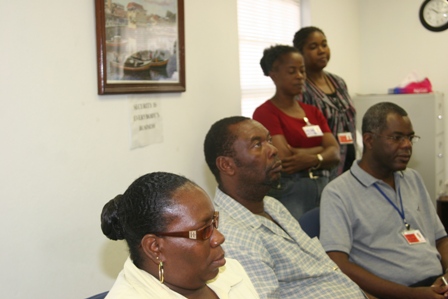 Meantime, the Authority’s General Manager Mr. Spencer Hanley who launched the publication said the need had existed for the newsletter.

“NASPA employs approximately 97 persons at three locations. We have the Airport, Charlestown and Long Point and we have here shifts that work round the clock. So indeed it is timely to have a newsletter to get the information out to the employees. Some persons work what we call the graveyard shift and they are not around during the daytime to get vital information, so we believe that this is a timely piece of work,” he said.

Mr. Hanley used the opportunity to call on the public to assist with the island’s security. He said while the Ports formed the nucleus of Nevis’ security and most of the goods consumed on the island were imported. Some would be brought in through the legal ports of entry and others would not.

“We are asking all of you employees as well as members of the public to be the eyes and ears of NASPA because it is our NASPA it is your NASPA. At the end of the day security becomes your business and my business, security is everybody’s business. So it is with that in mind that we have launched out to establish this news letter,” he said.

The Authority’s Human Resource Manager Mr. Stevenson Manners who was charged with production of the newsletter said the publication would also serve as the Authority’s link with the public and would be available at various points in Charlestown. 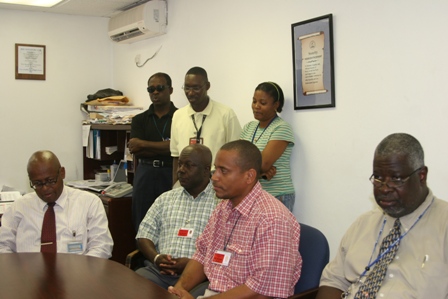 He explained that the main focus of the premier issue was the commemoration of Marine Awareness Day which was held on March 24th the event’s activities was captured in a centre fold of full colour photographs accomplished by photographs highlighting an array of activities in which NASPA was involved locally and overseas.

Among the articles in the newsletter is a statement from the Chairman, an overview of NASPA, a historical piece, a presentation of the Board of Directors and the GM’s Corner which will become a regular feature.

“We also have a feature on a 19th century anchor which adorns the Charlestown Waterfront, we tell you how that was unearth on or around 1996; a new initiative at the airport where we will be using fuel cards with some of the private jets which come in here… and a feature on the back flap on Marine Police a very important Unit of NASPA,” he said.

Mr. Manners singled out Ms. Shelley Weeks for her invaluable contribution to the production of the newsletter. He said the second publication would be available by June. 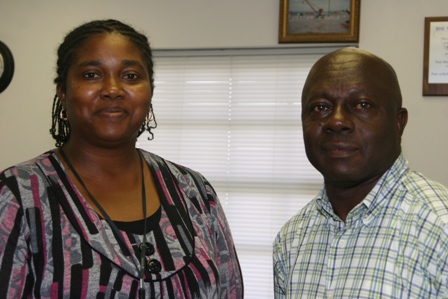