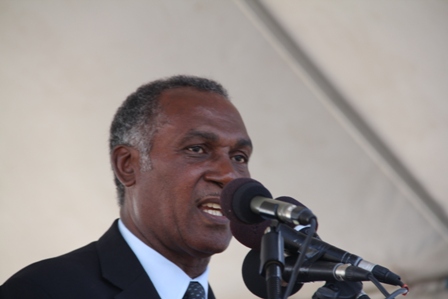 Premier of Nevis and Minister of Finance in the Nevis Island Administration Hon. Vance Amory

NIA CHARLESTOWN NEVIS (March 22, 2013) — Premier of Nevis and Minister of Finance in the Nevis Island Administration (NIA) Hon. Vance Amory made it clear, that his Government did not intend to pay lip service to its plans of making agriculture an economically viable enterprise on Nevis.

His comment came when he delivered remarks at the start of the 19th annual Agriculture Open Day at the Villa Grounds in Charlestown on March 21, 2013.

“It is necessary to say at the outset that this Administration wants to see Agriculture as a meaningful economic activity in Nevis and to use this avenue to contribute significant benefits to the overall well being of the people of Nevis.

“We do not intend to just pay lip service to the development of agriculture in Nevis. We commit ourselves as a Government to making the Agricultural Sector a productive and viable part of the economic development thrust in Nevis once again,” he said.

According to Mr. Amory, the focus will be one of empowerment and encouragement for farmers and fishers and all those involved in the agricultural sector, to be more productive in the use of their talents and the resources at their command. 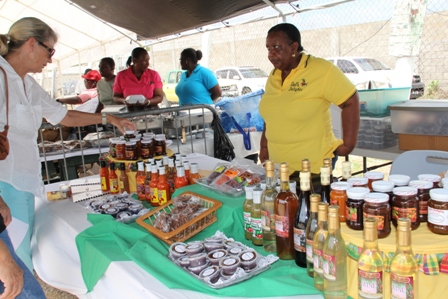 “We intend to identify fallow lands which we can lease and bring into the productive cycle and give the support infrastructure and technical and marketing resources to ensure we get the maximum from our agricultural sector as we strive to diversify the industry,” he said.

Mr. Amory stated that the Administration had already discussed urgently with the Inter-American Institute for Cooperation on Agriculture (IICA) Representative Mr. Augustine Merchant and the Republic of China Taiwan His Excellency Miguel Li-Jey Tsao and other Allied Agencies, on how they could assist with the development of what he considered to be a very important sector and had already received some assurances of assistance.

“Mr. Merchant through IICA has already pledged to assist with the shade houses and equipment where possible and next week one shade house will be commissioned at the Charlestown Secondary School.

Mr. Amory who is also responsible for Education further explained, that a greater involvement n all of the schools was also intended. He said young people through the teachers at schools would play an important part in the renewed thrust to make Agriculture an important part of the economic development of Nevis.

The Premier emphasised that he did not want the island’s students to see agriculture as a chore but rather as an opportunity which they could utilise to make a living for themselves and also help the country and the economy to grow and develop. 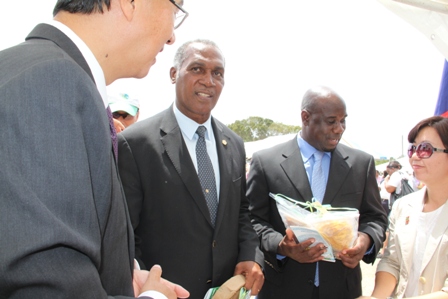 The development of the Agro Processing sector was another critical area which Mr. Amory said needed development. However, the Administration had already received commitment for much needed equipment and technical assistance from IICA and other supportive Agencies.

Mr. Amory said a positive outcome and increased productivity in agriculture was possible. Therefore, he urged all who were engaged in that important economic activity, to make a contribution to the consumption of home grown produce, for a healthier lifestyle and a reduction in the importation of food for use by people on the island.