NIA CHARELSTOWN NEVIS (March 22, 2013) — A message of hope is what Minister of Agriculture on Nevis Hon. Alexis Jeffers brought, when he delivered an address at the official opening of the 19th annual Agriculture Open Day on March 21, 2013.

The island’s premier agricultural exhibition hosted by the Department of Agriculture on Nevis was held at the Villa Grounds in Charlestown under the theme “Intensify Local Food Production for a Healthier Nation.”

“As your new Minister of Agriculture, I bring a message of hope. There is hope in Agriculture here on Nevis and my Ministry will do all in its power to ensure that hope is transformed into reality.

“Within the new Administration, my colleagues and I are committed to providing whatever support is necessary to move the industry forward. Agriculture has over the years made a significant contribution to the development of our country and we believe that this industry has potential yet untapped,” he said.

Mr. Jeffers added that with Agriculture under his purview, he would endeavour to do whatever was possible to ensure that the industry moved in the right direction. He enlisted the support of the Departments of Agriculture, Fisheries and Co-operatives because as a team they would get the job of moving agriculture forward done. 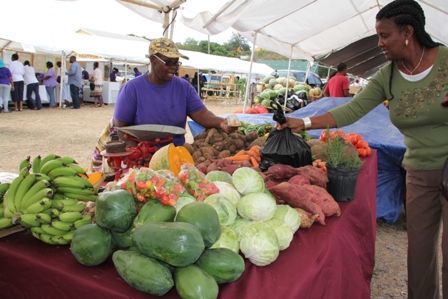 Meantime, with regard to this year’s theme, Minister Jeffers thought it timely and praised the organisers for using the Agriculture Open Day, to draw attention to the island’s health.

“The theme…speaks to the importance of both increasing local production and eating healthy foods. The staff at the Department of Agriculture has convinced me that products that are locally produced have far less harmful residues that may be left from the use of chemicals and therefore constitute a healthier diet,” he said.

Mr. Jeffers used the opportunity to commend the staff of the Departments of Agriculture, Co-operatives and Fisheries for the effort they had placed in the organisation and execution of the Agricultural Open Day over the years.

He expressed hope that they would continue to give their best as the Administration through the Ministry and Department of Agriculture recommitted efforts to make the Agricultural Sector to a level that would make Nevis the envy of other islands in the region.

The Minister also thanked the allied agencies who had provided support for the Agricultural Sector. 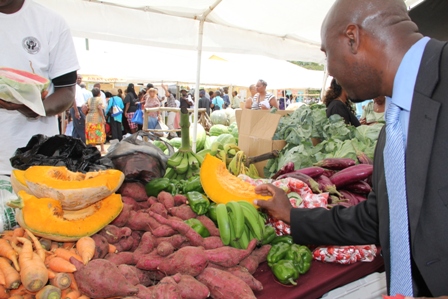 “I take this opportunity to thank our Allied Agencies and to encourage them to continue to strengthen that bond of co-operation that now exists,” he said.

Mr. Jeffers also congratulated members of staff, farmers, fishers and stakeholders who were awarded for their contribution to Agriculture in the various areas. 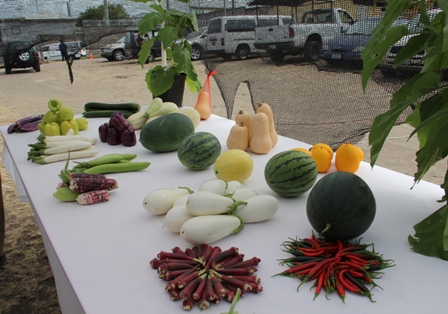