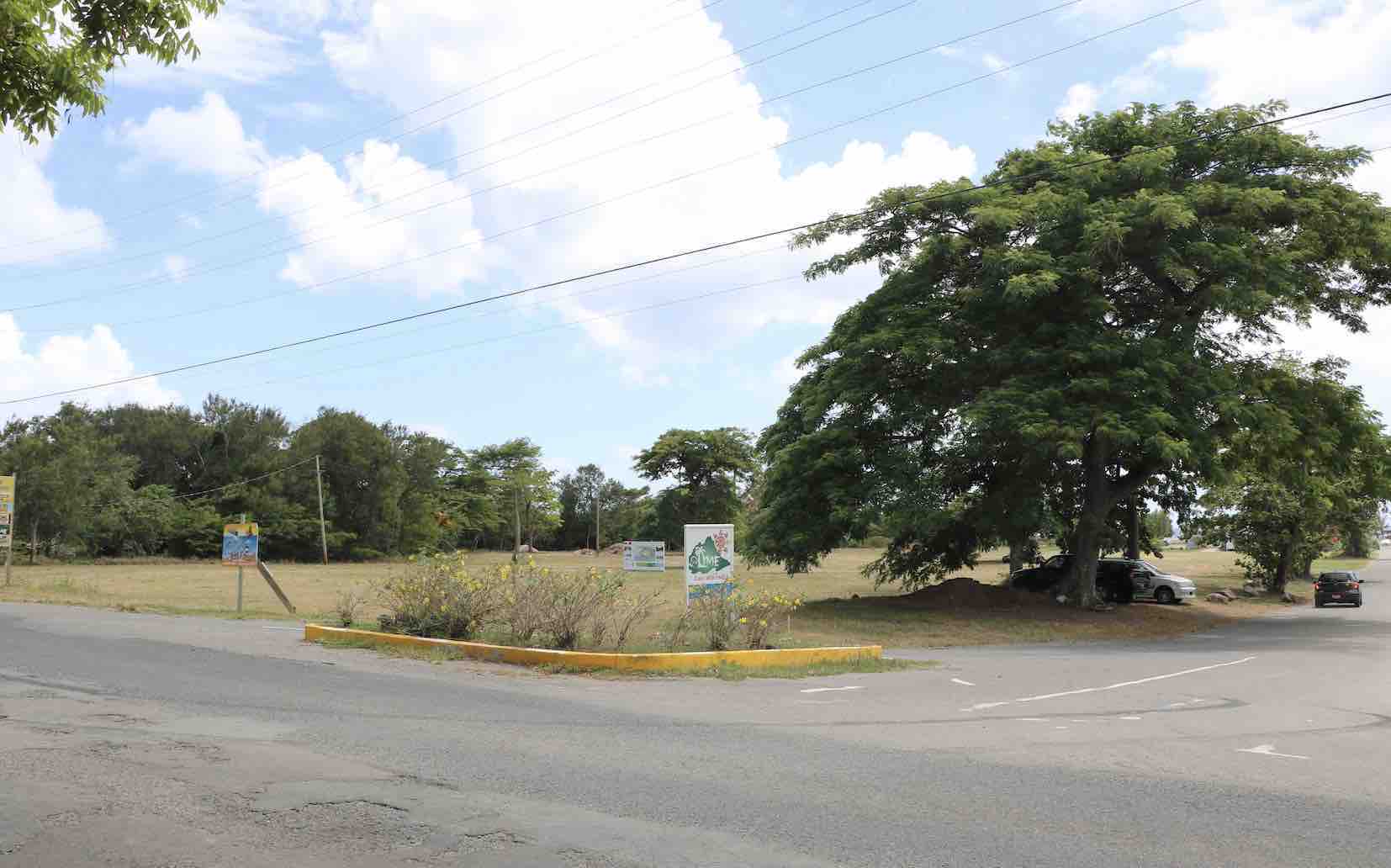 The site of the proposed St. Kitts and Nevis Pinney’s Beach Park Project as of June 29, 2020

The Tourism Minister made the comment while presenting an update on matters relating to the Tourism Sector during his monthly press conference on June 25, 2020.

“I think the public would be aware and  remember it was last year August that the President of Taiwan visited Nevis and we had this symbolic turning of the sod, and so yes we have lost three or four months to COVID-19 but the reality is many are anxious including myself to get this project going,” he said.

Mr. Brantley noted that construction was delayed due to the planning process which had to be adhered to.

“What I have been advised is, that in fact, so rigorous is our planning process that it is our own government that’s holding us up at this point. So, everything else is in place but the Planning officials have said that the EIA [Environmental Impact Assessment] and the consultation and all of that has to be done…

“I am told however, that the EIA report from Physical Planning [Department] is in, that it will be considered as quickly as tomorrow Friday when they meet, and then thereafter we will know where we are going, and so the intention is to have that project started,” he said.

The premier stated that the government respects the law and it has adhered to all that is legally required to pave the way for construction after all requirements are met.

Mr. Brantley used the opportunity to alert members of the Nevis public who are interested in working on the project, preparations for which are at an advanced stage.

“I just want to signal to our local people, the population that might be seeking work, that the construction company will be hiring carpenters, steel benders, masons, stone wall builders and other workers in short order, and they should look out for the advertisement in that regard so that they can of course benefit from that,” he said.

The project is described by the Taiwan International Cooperation and Development Fund (ICDF) which is charged with overseeing and executing the project, as one which will celebrate the long-standing friendship between both countries.

“A popular recreational destination for local residents and tourists. St. Kitts and Nevis proposed the construction of a beach park for recreational and leisure use to celebrate the 35 years of friendship between the two nations, and serve as a symbol of the bilateral collaboration.

“Due to Taiwan’s extensive experience in coastal landscaping and park design, project planning and implementation will bring together a range of resources in accordance with the principles of environmental friendliness and multiculturalism.

“A Park Management Committee will also be established and a revenue model identified to set up a sustainable Operation  and Maintenance (O and M) system for the beach park,” the ICDF said.