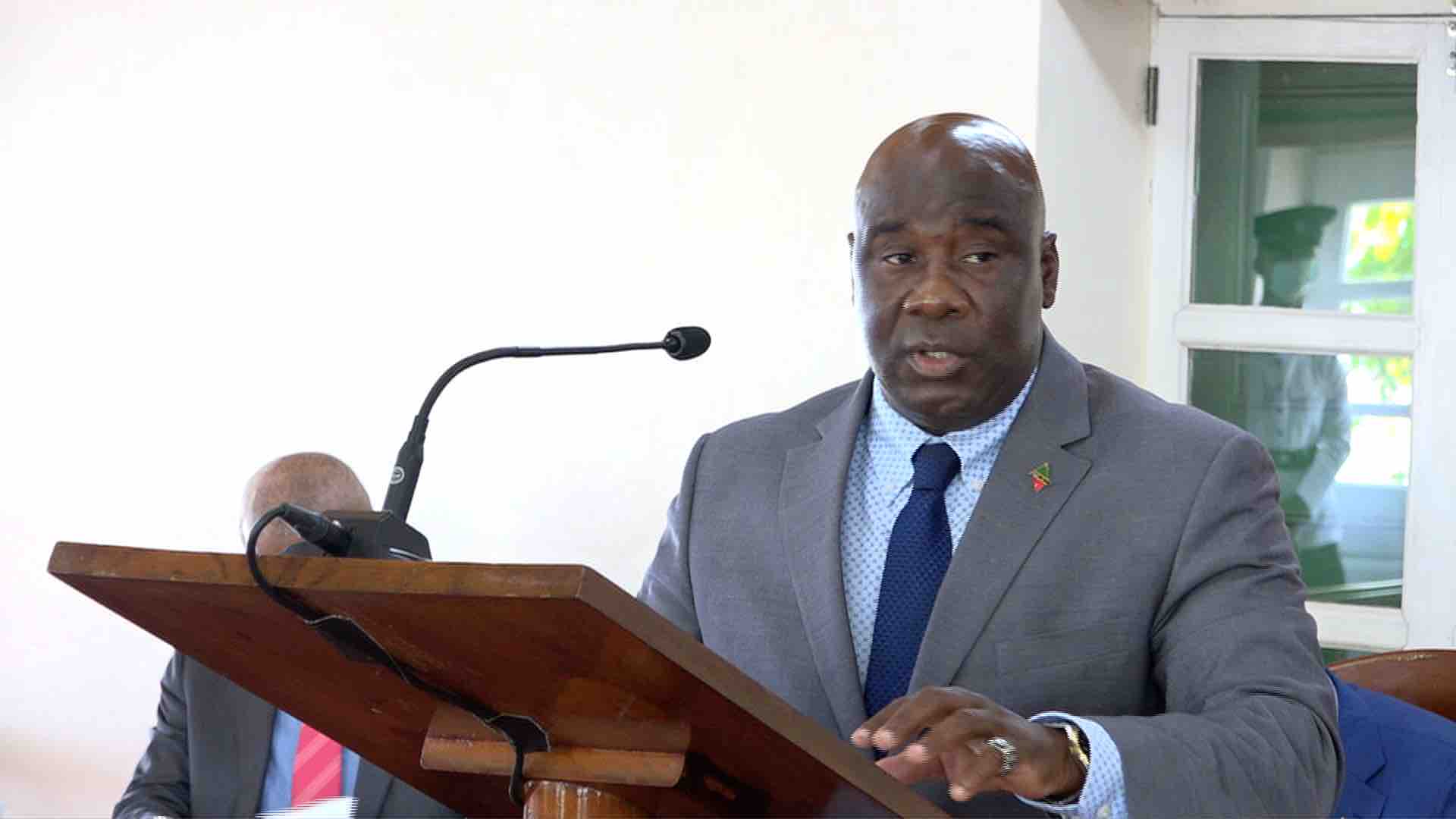 Hon. Alexis Jeffers, Deputy Premier of Nevis and Minister of Agriculture, delivering his presentation at a sitting of the Nevis Island Assembly in Chambers at Hamilton House on July 02, 2020

NIA CHARLESTOWN NEVIS (July 02, 2020) — The Nevis Animals (Trespass and Pound) (Amendment) Bill, 2020 was unanimously passed at a sitting of the Nevis Island Assembly  in Chambers at Hamilton House on July 02, 2020, presided over by Hon. Farrel Smithen, President of the Assembly.

The bill which was tabled by Hon. Alexis Jeffers, Deputy Premier of Nevis and Minister of Agriculture in the Nevis Island Administration (NIA), and read a first time in October 2019, strengthens and gives teeth to the parent ordinance, which deals with stray and trespassing animals for their impounding and disposal, and for matters incidental thereto and connected therewith.

The animals referred to in the parent ordinance were horses, mules, donkeys, pigs, goats and sheep and any animal of the bovine species irrespective of age or sex. With the amendment, dogs and monkeys have been included.

The amended ordinance also makes provisions for the lawful shooting of animals and feathered stock by a proprietor or anyone authorised by the proprietor in instances in which the animals are found trespassing and damaging their property.

Another amendment makes provisions for shooting any animal which cannot be impounded.

However, no person involved in the shooting of any animal or feathered stock shall be licensed to shoot under the provisions of the Firearms Act, Cap, 19.05.

The amendments also make provisions for the Environmental Health Division, the Department of Agriculture, disposal, penalties for offenders, and protection offered to authorised persons.

It also gives powers to the Director of Agriculture and or anyone else he deems necessary to enter into any premises for the purpose of seizure and detention, preventing or ending an attack of any animal on any person or any property.

Any person who obstructs or impedes the Director of Agriculture in the exercise of his functions under the ordinance, will be liable on summary conviction to a fine not exceeding $5,000 or to imprisonment for a term not exceeding three months, and at the discretion of the court, to both a fine and imprisonment.

The safe passage of the bill brought the curtains down on the sitting. Hon. Cleone Stapleton Simmonds, the only Opposition member did not attend the sitting due to illness.

The sitting was the second held for the year so far. The first was held on April 18, 2020 when the assembly convened in an emergency session to consider and adopt a resolution, to approve a resolution taken in the Federal Parliament on April 17, 2020, which authorised an extension of the state of emergency for a period of up to six months.