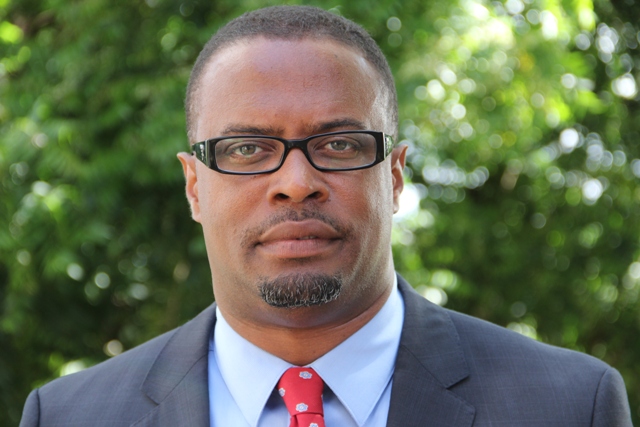 NIA CHARLESTOWN NEVIS (July 16, 2018) — The following is a statement from Hon. Mark Brantley, Premier of Nevis and Minister of Finance in the Nevis Island Administration (NIA) dated July 16, 2018, in response to an article on Nevis’s Offshore Financial Services penned by contributor Mr. Oliver Bullough appearing on July 12, 2018, in the international edition of The Guardian, a newspaper in the United Kingdom.

Hon. Mark Brantley, Premier of Nevis and Minister of Finance is expressing deep concern over what he calls a misleading and grossly inaccurate article carried in the United Kingdom’s The Guardian newspaper on 12th July, 2018, with the by-line of one Oliver Bullough which he believes is obviously calculated to damage the reputation of Nevis as a reputable and well-regulated International Financial Centre.

Premier Brantley points out that contrary to the false and misleading allegations made by Bullough in The Guardian article, Nevis and indeed the Federation of St. Kitts and Nevis, has been consistently reviewed by the leading international regulatory agencies and has recently been graded as “Largely Compliant” by the Organisation for Economic Co-operation and Development (OECD). A grading which clearly demonstrates the country’s continuing commitment to meeting high standards of regulatory compliance in all its operations.

Both the OECD and the Financial Action Task Force (FATF) have assessed the jurisdiction’s compliance status as being largely in line with international requirements as to disclosure and maintenance of adequate records that would identify beneficial owners by competent authorities making the appropriate enquiries.

The island’s Premier and Finance Minister added that, “while the important right to privacy continues to be pejoratively interpreted by certain elements of the media as being deliberately secretive, the truth is that there are adequate measures for disclosing the identity of beneficial owners of companies registered in Nevis, and such, information can be disclosed in circumstances where legitimate enquiries are being made by the relevant authorities of jurisdictions that are parties to the several information exchange treaties and agreements to which the Federation of St. Kitts and Nevis is a party.”

The Financial Services Regulatory Commission, confirms that under the laws of Nevis there exists “various mechanisms in place for sharing information with treaty, law enforcement and regulatory counterparts and several provisions in our legislation exist to sanction any entity incorporated in Nevis which is proven by local or foreign law enforcement to be involved in criminal or illicit activity.”

Information held on a Nevis entity by the Nevis Regulator or by any licensed service provider in Nevis, may not be disseminated to any person not legitimately connected to that entity except in the context of wrongdoing being asserted by competent local or foreign authorities or pursuant to Court order.

“Mr Bullough is not a competent or foreign regulatory authority as defined in the treaties or any relevant legislation in force in Nevis. He could not therefore sensibly expect to simply pop up in Nevis and demand information to which he is not entitled,” said the Premier.

The Premier and Minister of Finance makes it clear that Nevis is a well-managed and properly regulated jurisdiction and as part of the Federation of St. Kitts and Nevis, the island has seen the continual update of its legislative and regulatory framework to ensure its compliance with international standards.

Such legislative updates include but are not limited to the various tax and information exchange arrangements with foreign countries, mutual legal assistance in criminal matters with foreign countries, FATCA obligations with the United States of America, Common Reporting Standards, and joining the OECD’s BEPS (Base Erosion and Profit Shifting) initiative approved by the G20.

Nevis is a small island and no doubt perceived by powerful international media outlets as an easy target for highly defamatory and misleading allegations. The Premier condemns this irresponsible approach to journalism and the very real harm it can cause to the reputation and economy of the island of Nevis.