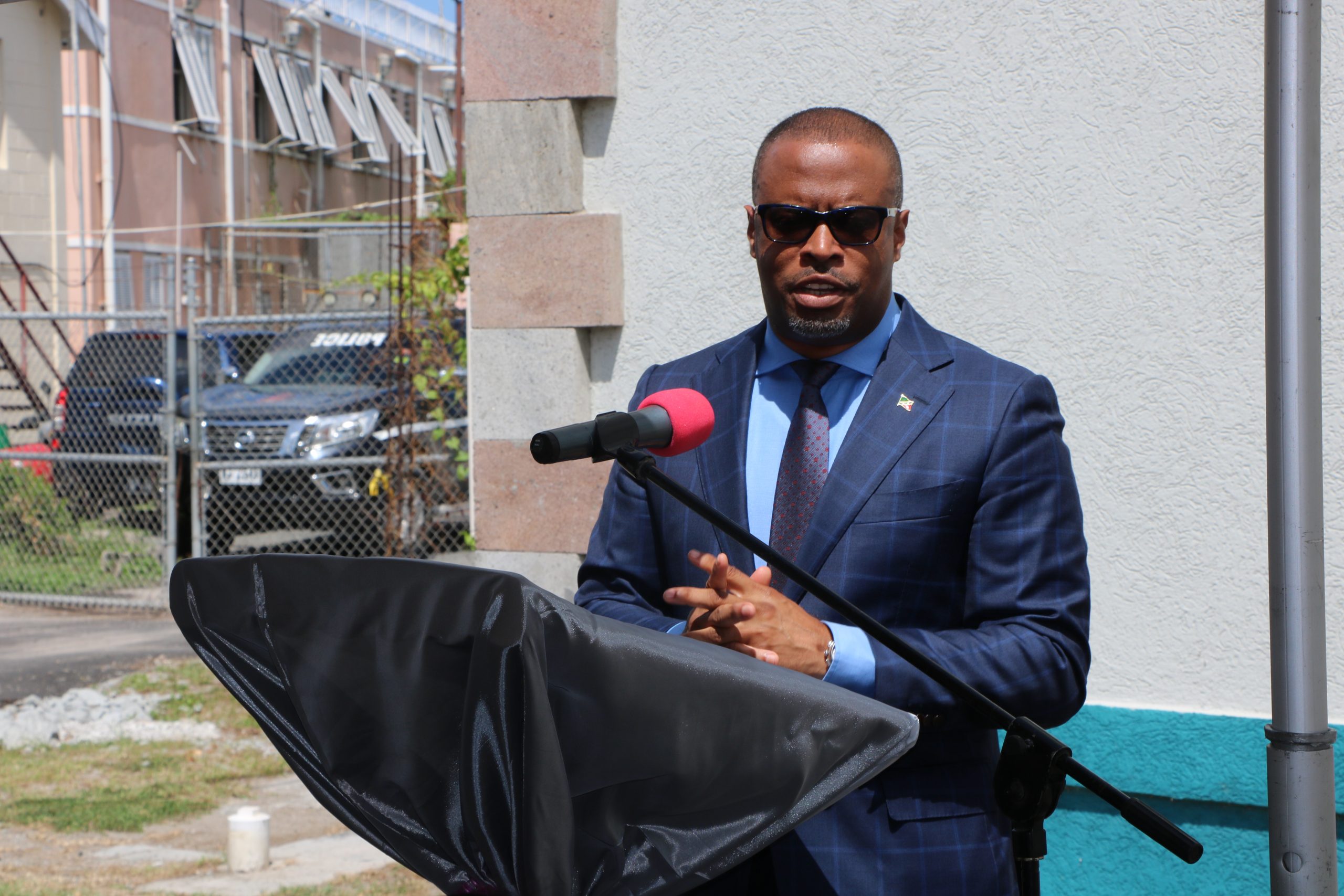 Premier Hon. Mark Brantley, Minister responsible for Security in the Nevis Island Administration presenting at the official commissioning of the CCTV Command Centre on Nevis on September 07, 2021

“While Vivotek, the Taiwanese company, would have dealt with the technology, every other aspect of this edifice and every other aspect of this command centre was done by our local people. The construction was done by a local contractor, the electrical was done, the plumbing was done [by locals], the fiber [optic cable] is being run by a local team and the people who will work there and are already working there are also local people,” he said at the official opening of the facility on September 07, 2021.

Mr. Brantley said utilising local talent and expertise ensured that the revenue generated from the work was fed back into the island’s economy.

“And so this again is a manifestation of my government’s philosophy that we have to allow our people to take the command in heights of our economy, that when we are doing a project and we ensure that our people are involved in that project, they get the praise, they get the glory, they get the pride of having been involved, but more than that, whatever is spent percolates outward into the local economy.

“I think that that, from a philosophical point of view, is the correct approach to development; and so while I will not name all the contractors and subcontractors and everybody else who was involved, I can say that absent Vivotek which provided the technological support, every facet of this was done by Nevisians. Every facet of this was done by our own people and I think that we all ought to be proud of that signal achievement,” he said.

The Premier took the opportunity to commended Mr. Theon Drew and his team at the Nevis Island Administration’s (NIA) Information Technology (IT) Department for their invaluable contribution to the CCTV project.

The building for the command centre was completed in 2018, however due to the onset of the COVID-19 pandemic, there was a delay in getting experts into Nevis to lay the technological infrastructure. The IT technicians would have worked along side the expert who traveled to Nevis in June to lay the fiber optic cables across the island and set up the infrastructure at the command centre that feeds into it.

The Premier said because of the excellent work done by the Nevisian contractors and other professionals, the island now has a secure, world-class CCTV surveillance system that will serve as a tool to assist the police in detecting and preventing crime on Nevis.