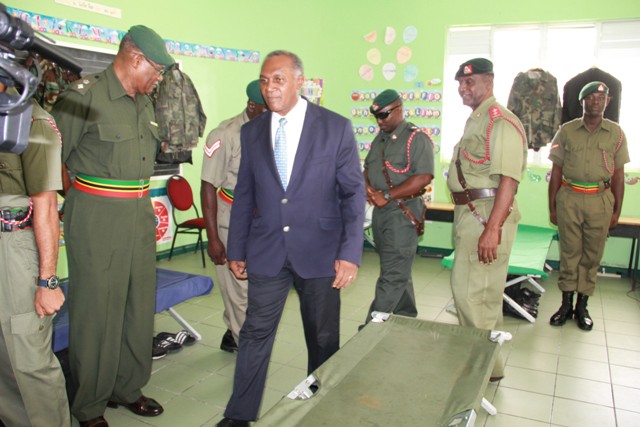 He noted that it is no secret that at present, the Federation is saddled with the scourge of crime and the government of St. Kitts and Nevis has enlisted the support of the defence force to assist the police in the fight against crime with their six-point strategic plan and other areas of discussion on how to deal with the issue.
“I want to thank you Commander, thank you Captain for ensuring that the officers are ready. They are equipped; they are trained because we know that we are up against some ruthless people.
“I think, the Prime Minister said it very clearly that we will give no quarter in this matter against crime because it is unfortunate, that we have come to this position but we clearly cannot allow the peace and tranquillity and the security of our country, to be held hostage by a few people and I want to thank you for the work you are doing,” he said.
The Premier also stated that he was pleased to be reminded that the SKNDF was a multi-purpose one that is willing and able to assist in any way it is called upon to do so to ensure that the country is safe and restored in case of any disaster that puts it at risk. 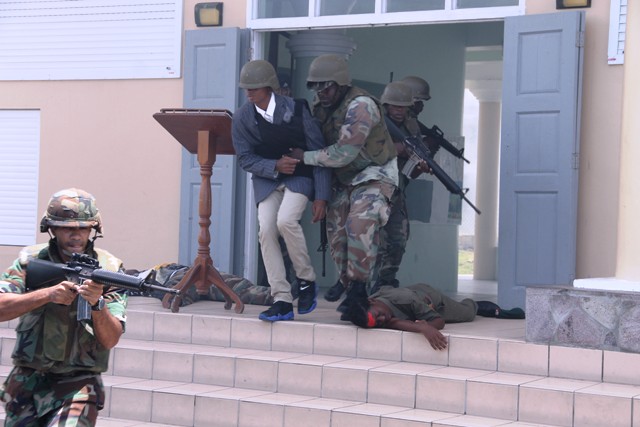 During his visit to the camp, Mr. Amory had the opportunity to inspect the barracks, witness a short display of the capabilities existing within the SKNDF and a small demonstration of the use of drones in the fight against crime and violence.
In brief remarks, Captain Winslow Brookes, who was in charge of the camp noted that the soldiers were engaged in fundamental training, including map and compass skills, weapon skills to enhance their capabilities, leadership skills, field craft, night exercises and assisting the police on Nevis with patrols
Brookes described the training involving various aspects of the military for members of the reserve corps as successful. He said on the last day of training, they would engage in a field exercise called “run and shoot” which tests the physical fitness of the soldiers and the marksmanship principles that they have to apply before leaving Nevis on Saturday. 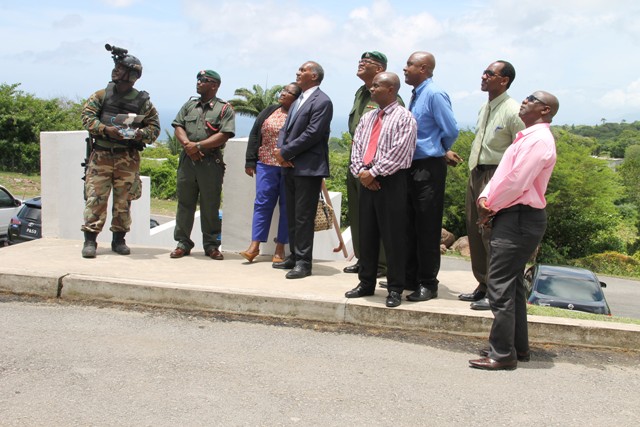 Commander of the SKNDF Lieutenant Colonel Patrick Wallace who was also present for the Premier’s visit thanked the Nevis Island Administration for its unwavering support in making the training camp a reality. He said they stand read to respond to any call for assistance from the administration.
The Commander used the opportunity to speak to the Defence Force’s meaningful role in disaster preparedness.
“I would like you to keep in mind that we are now in the hurricane season and we also have a role to play in terms of disaster preparedness. You might need assistance and that is part of the training of our soldiers in case anything happens and the islands are stricken…
“Depending on the magnitude of the disaster, we are the first responders until outside assistance arrives and so, the presence on Nevis helps the men to familiarise themselves with the island, so they can know how to get around and how best to assist the Nevis Island Administration when called upon,” he said. 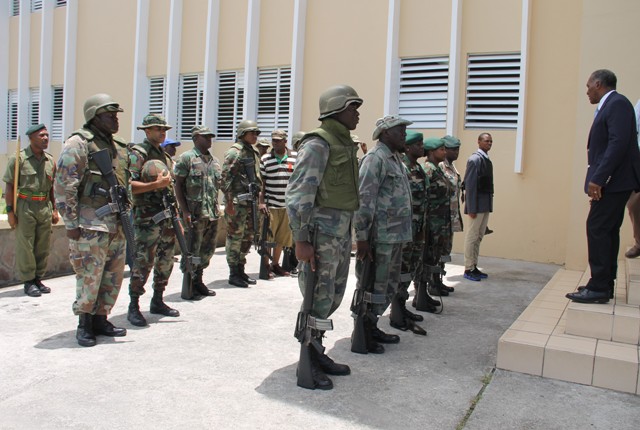