Premier of Nevis, Hon. Joseph Parry with massive crowd
CHARLESTOWN, NEVIS–(THURSDAY, JUNE 23rd, 2011)  With the assistance of 1OO young people cheering him on and before a crowd of over one thousand, the Nevis Premier and leader of the Nevis Reformation Party (NRP), the Hon. Joseph Parry announced Wednesday night that the people of Nevis will go to the polls on 11th July 2011.


The Premier declared that Nomination Day is Monday, 4th  July 2011.

“It is against this backdrop that today I consulted with His Excellency the Governor General. It is with the confidence of knowing that we have done our best, under the circumstances, that I advised on the dissolution of the Parliament here in Nevis,” commented the Premier.

The Hon. Joseph Parry said, “the bells are to signal you to find your class”. 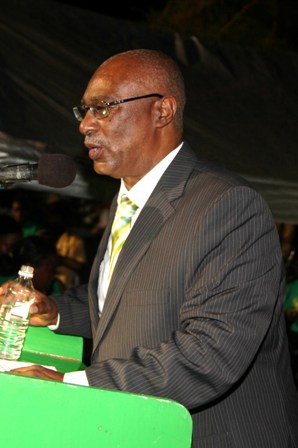 “These are bells of joy because at last our people can express their strong confidence in the NRP led Administration; now they have the chance to protect our achievements, to secure the continued progress of our island, our young people and future generations,” said Premier Parry.

He urged every citizen to demonstrate peace and respect for each other during the election campaign. “We pray that the elections would be peaceful and harmonious,” said Hon. Joseph Parry, who is seeking a second term as Premier of Nevis.

He told the nation in his address, which was broadcast live on several radio stations and streaming live on the the internet, that the vision of his NRP Party is a vision of Progress, Development and a positive emphasis on Education. 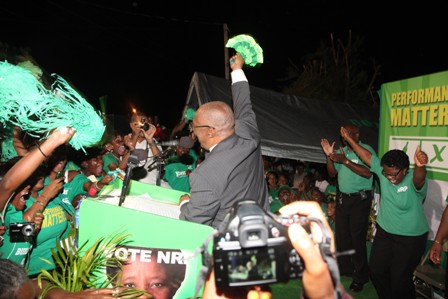 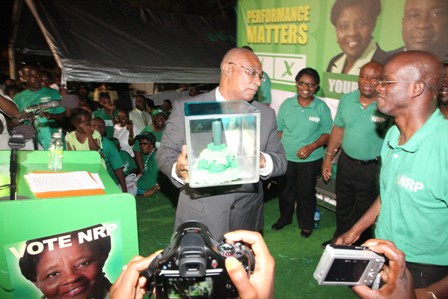 Premier Parry with the bell