(l-r) Kaylan William and teacher Renee Anthony of the Charlestown Primary School, second place winner Tershean Wilkinson and teacher Trish Griffin of the St. Thomas Primary School, Destiny Lowe and teacher Cleanda Roberts of the Joycelyn Liburd Primary School at a brief ceremony hosted on May 29, 2014 at the TDC conference room located at Pinney’s Industrial Estate
NIA Charletown Nevis (May 30, 2014) – The Charlestown Primary (CPS), St. Thomas Primary (STP) and the Joycelyn Primary Schools on Nevis captured the first, second and third place respectively in the St. Kitts Bottling Company Ltd. art competition from a field of 13 primary schools. Eight of those competing schools were from Nevis. The contest was named ‘Unlocking the Creativity in me’.
The winners were presented with the monetary prizes for their schools at a ceremony at the TDC conference room at Pinney’s Industrial Site on May 29, 2014. Kaylan Williams of the CPS was awarded EC$1,000, Tershean Wilkinson of the STPS EC$800 and Destiny Lowe of the JLP EC$500. The students had earlier been presented with an iPad and sodas while their schools received a consignment of sodas.
Principal Education Officer in the Department of Education Mrs Palsy Wilkin who was present at the brief ceremony, explained the importance of the art competition to the artistic development of the students.
“This competition has really unlocked the creativity in them while at the same time brining awareness to the Sparkle products bottled by the St. Kitts Bottling Company. It has indeed been a partnership. 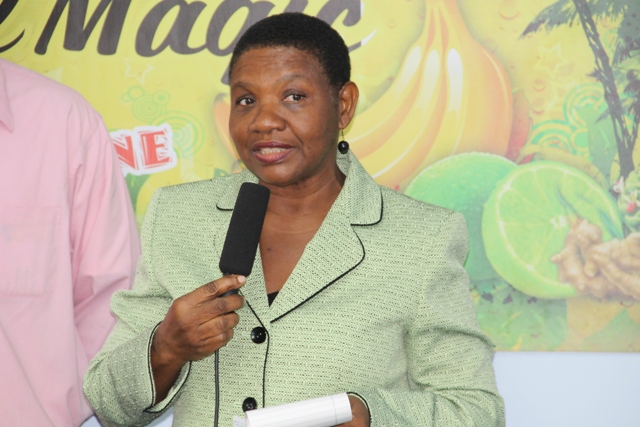 “I particularly like the aspect of the competition where the student had to describe his or her project of art and explain what it meant to them. This enhances the integrated approach which we tried to use in our teaching using the oral, visual and the kinaesthetic or the tactile. Once again I wish to say thank you very much and we look forward for strengthened and continued partnership,” she said.
Mrs Wilkin congratulated the participating schools and the winning schools on their achievement and thanked the St. Kitts Bottling Company Ltd, TDC Ltd and Sparkle for hosting the art competition.
“On behalf of the Ministry and the Department of Education, I want to congratulate the winning schools the Charlestown Primary School, St. Thomas Primary and the Joycelyn Liburd Primary… I also want to congratulate and commend the other schools which took part in the competition, the St. James Primary School, the Maude Crosse Preparatory, the Nevis Academy and the Elizabeth Pemberton Primary, we do commend you on your efforts for making it to the competition. 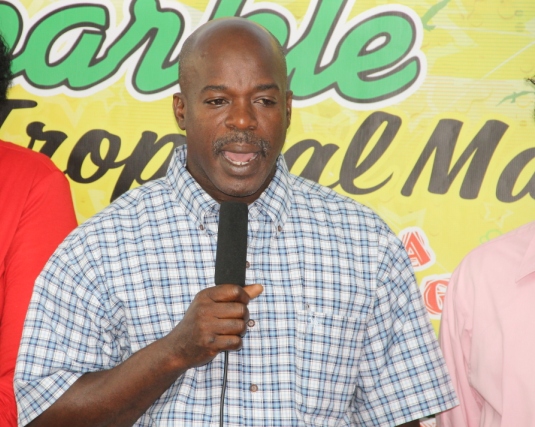 ‘To the representatives of the St. Kitts Bottling Company, Sparkle and TDC the distributors here in Nevis, we are indeed happy to have partnered with you and I want to express our profound thanks and appreciation to you for partnering with us in providing the avenue through which our students have revealed their artistic talents which we do know that they have,” she said.
Meantime, while delivering brief remarks, Operations Manager of St. Kitts Bottling Company Ltd. Anthony Sutton gave a background of the new competition and stated that the company planned to make the art competition an annual event.
“We are planning around or after Independence next year, to have that [art contest] coming up because we recognise that we were having some challenges working out which is the best time of the school year to try to incorporate this.
“We had some delays but we are fine-tuning it now and we hope that we could be firing on all cylinders in time to come so…I am looking forward for bigger and better things to come,” he said. 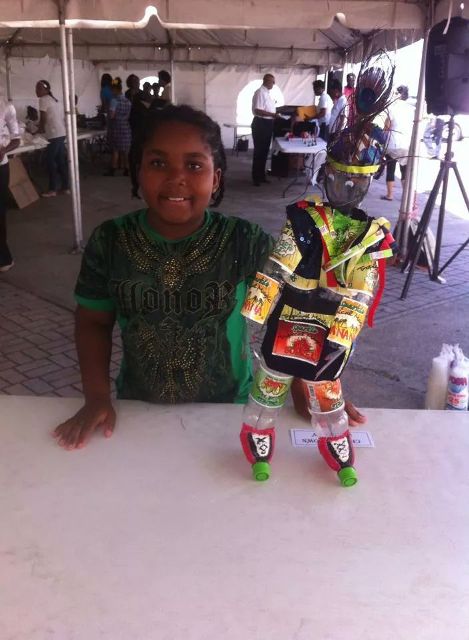 St Thomas Primary School Teacher Representative Trish Griffin, thanked the Bottling Company for its donation and for allowing the students to express themselves through art.
“On behalf of the St. Thomas Primary School, the staff and the students, we would like to thank the St. Kitts Bottling Company for their generous donation. We plan to put it to good use to continue to encourage our children to express their creativity through different ways. Once again thank you,’ she said.
The winners for the secondary school level of the art competition were the Basseterre High school in first place, the Washington Archibald High School second and the Verchilds High School won third place. 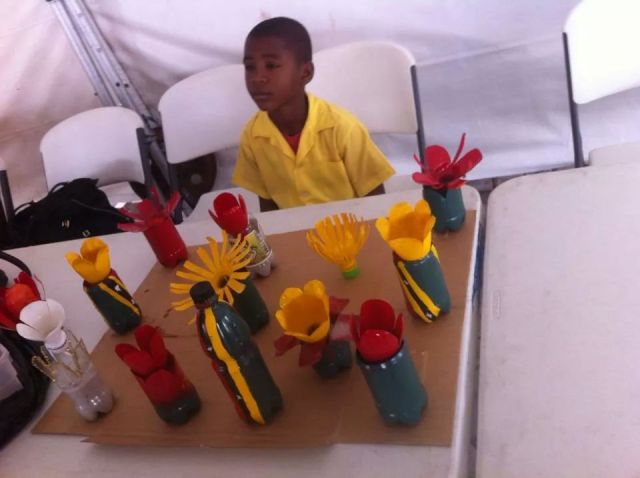 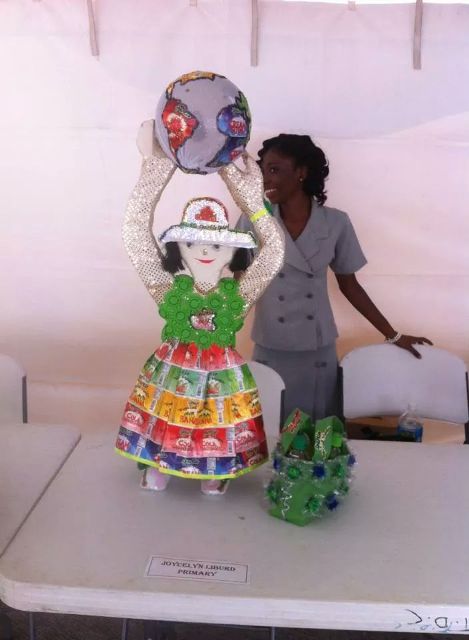