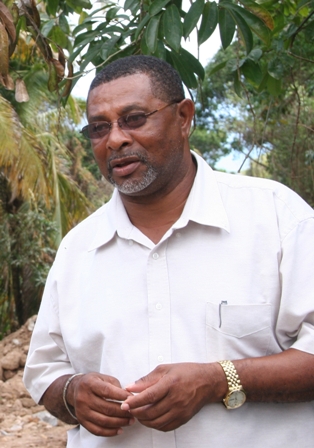 CHARLESTOWN NEVIS (March 03, 2010) — A call has come from an official of the Nevis Water Department to the Nevis public, to take note of their water consumption and conserve the resource.

Mr. George Morris Acting Manager of the Government owned utility made the appeal in an interview with the Department of Information on Monday when he confirmed that Nevis had been experiencing drought conditions like many other islands throughout the Caribbean.

“We are under drought conditions and our system is stretched to the limit. So the Water Department is asking the people to conserve water. We don’t want to get to a situation like Trinidad and St. Lucia where people get water every five days or every nine days.

We are hoping barring any mechanical failure on Nevis, we will be able to give people some water on a daily basis. At nights we are going to turn down a bit and areas that would be affected would be between the western half of Gingerland to Charlestown,” he said.

Mr. Morris explained that as a result the affected areas would experience low water pressure at night but assured that the supply would be back to normal by morning and water would be available throughout the day.

He further explained that clients on the higher elevations would also be adversely affected by the low pressure and inadvertently the gravitational effects and could expect interruptions in their water supply. However, he said that situation when it occurred would not be for prolonged periods.

In light of the situation, Mr. Morris had more advice to consumers citing that the matter of conservation and water management was not only the business of the Department but also for the public and they should assist where possible.

“The demand for water has increased because of dry conditions. I know people want to water plants but if they do so monitored, they would be able to consume and conserve more water. Washing of cars, watching the kids in the bathroom, using buckets to wash cars, [not] flushing the toilet after every use, I believe that if we practise those things, we will be able to save water and to have water for as long as the drought would continue.

“I don’t know when the drought would come to an end, when we will see rain but we are hoping that if we manage the resource properly … we can have, for the extent of the drought, some water running.