Minister of Communications and Works in the Nevis Island Administration Hon. Carlisle Powell
NIA-CHARLESTOWN NEVIS (MAY 10, 2011) — Minister responsible for Communications and Works on Nevis Hon. Carlisle Powell said he was confident that the Public Works Department was in an acceptable state of readiness for the upcoming 2011 Hurricane season which officially commences from June 1st.

He told the Department of Information in an interview on Monday that much work had been done to roads and ghauts since the last hurricane season.

“We are this year keeping our fingers crossed but we think that we will be in [a] fairly good position. We still can’t afford to have any major storms because they cost money but we feel that we have taken early steps to make sure that we will be able to handle whatever comes our way. Hopefully, they will not be too dangerous,” he said.

According to the Minister, at the moment the Public Works Department was actively seeking to asphalt and complete a number of village roads and clearing ghauts ahead of the rains.

“Once they [roads] are finished it means that we would not lose the surface so that we will be better able to handle run offs and so on. 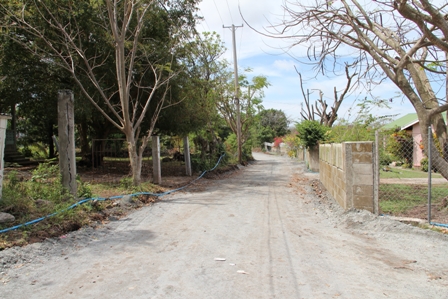 “We already started cleaning our drains. We don’t wait until June to do that so that the runoff will be much easier. We feel that after the experiences of the last major floods that we had where we lost sections of the road at Prospect and at Brown Pasture, we feel that Public Works are in a better position to handle things like these,” he said.

According to Mr. Powell, Nevis had suffered major damage to some of the bridges and retaining barricades and pointed to the Camps Ghaut in the vicinity of the Anglican Church. He said they had engaged the services of Surrey Paving and Aggregate to do some improvements to the ghaut that would enable it to handle large volumes of water. 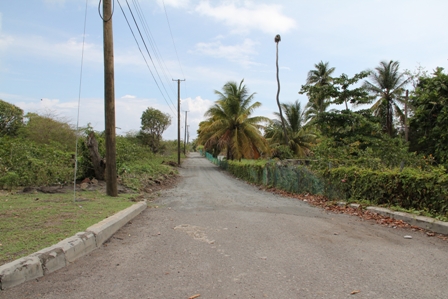 Meantime, Mr. Powell used the opportunity to speak on the comprehensive road network programme that was ongoing throughout the island.

“We are doing a tremendous amount of work. If you start at Bath there are three or four sections of roads that we are doing in Bath going up by the Community Centre, going down by Mr. Nias’ Grandmother, coming through the first housing project in Bath. We are doing a road right now [in Upper Stoney Grove] where Mrs. Walters and Hanzel Manners and Carl Claxton and those people live…We are doing roads most of them are completed in Round Hill which is the road heading up to Jade called Ocean View. We are doing roads in Almond Gardens,” he said.

The Minister said in some cases the roads which were receiving attention were areas where paved roads never existed before.

“We are doing a significant amount of village roads and in some of the areas roads never existed before, which is the case with the road where Mr. Hanzel Manners lives. Since we have known that road it has been a dirt road and people have been living over there for ages.

“In Almond Gardens people have been living down there for ages they never, never had paved roads. In Round Hill Ocean View, these people never benefitted from paved roads and so we are bringing paved roads to those people and improving their lives,” he said. 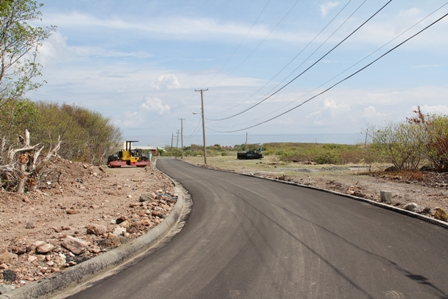 The Communication and Works Minister noted that the Nevis Island Administration had a tremendous amount of roads to mend but it was taking its time and working through though he was mindful that persons who lived in areas with roads that needed attention wished they would each be given priority. 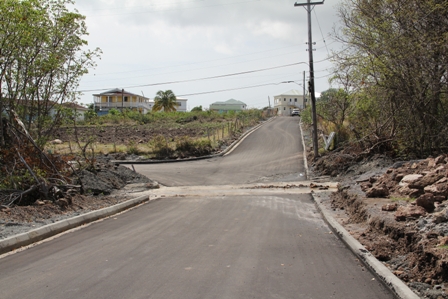 The road at Ocean View