(CHARLESTOWN, NEVIS–Tuesday, July 12, 2011) A preliminary count has declared that the Nevis Reformation Party (NRP) has been elected to a Second term in office with three seats out of five possible seats following a stunning election victory at the polls defeating the opposition party the Concerned Citizens Movement (CCM) when the vote count ended in the wee hours of Tuesday morning.

Following a close contest in the Parish of St. John’s, the Incumbent Mr. Hensley Daniel was able to retain his seat against the leader of the Opposition in the Federal Parliament, Mr. Mark Brantley. 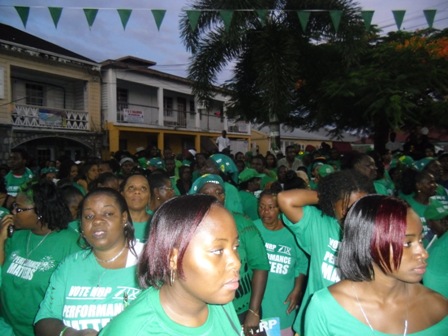 It was celebration time at the NRP Headquarters as party supporters held a victorious celebration of another election win. As is expected today has been declared a public holiday on the occasion of the victory of the NRP at the polls on Monday.

The highlight  of the celebration was when Premier Designate, the Hon. Joseph Parry made a statement to the huge crowd gathered at the Charlestown Headquarters saying to them, “Supporters we are victorious, let us continue to take Nevis Forward!” 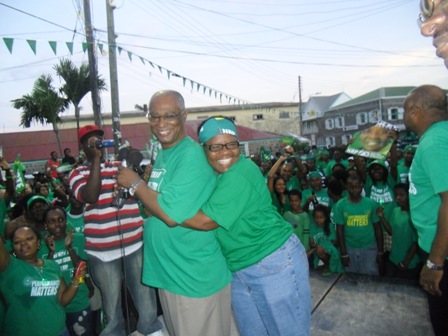