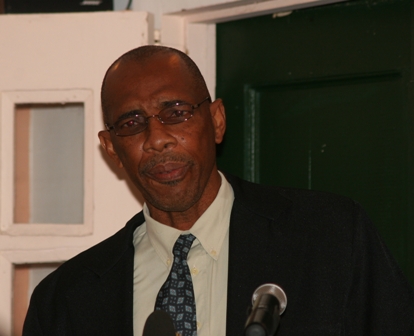 CHARLESTOWN Nevis (February 18, 2010) — Nevis experienced an overall decrease in crime for 2009 but Head of the Nevis Police Division Superintendent Samuel Seabrookes says there is still a major concern with the incidents of house breaking, drugs and fire arm offences on the island.

The disclosure came when he gave an overview of the Nevis Division of the Royal St. Christopher and Nevis Police Force at the 7th annual Police Constables Appreciation Awards Ceremony 210 at the Old Manor Hotel on Saturday.

Mr. Seabrooks further added that in 2008 a total of seven firearms were removed from the streets while in 2009 that figure increased to nine.

Meantime with regard to traffic offences he said there was a slight decrease in the number of traffic accidents. Careless driving topped the list as the cause of those accidents followed by stray animals.

He said 127 traffic tickets were issued for speeding, 85 of those were paid to the amount of $21, 250 and $22,650 was meted out in fines by the Magistrates Court for traffic violations.