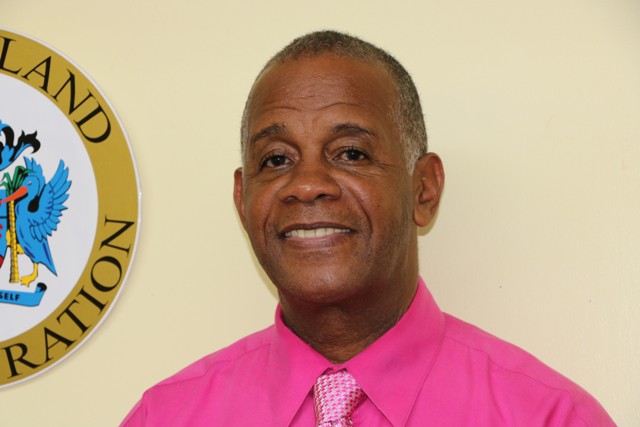 NIA CHARLESTOWN NEVIS (November 11, 2019) — Hon. Eric Evelyn, Minister of Social Development in the Nevis Island Administration (NIA), left the island for the Commonwealth of Dominica to join his regional counterparts at  a ministerial meeting at the Atlantique View Resort in Ans-De-Mai.

The minister who spoke to the Department of Information about his trip on Thursday, November 07, 2019, said he is looking forward to the experience.

“I will be representing Nevis at the 5th OECS Council of Ministers of Human and Social Development meeting that is taking place in the Commonwealth of Dominica on the 12 and 13 of November 2019. As the Minister of Social Development in Nevis I was invited by the OECS [Organisation of Eastern Caribbean States] Commission to be a part of this meeting.

Mr. Evelyn gave some insight into the meeting’s itinerary and spoke of the events scheduled to take place.

“We are hoping to discuss the recommendations and the report that would have come out of the last council of ministers meeting which was held in Grenada in 2018, and we will also be discussing our plans and programmes that are taking place in our various islands in terms of how far we would have gotten with some of our programmes that have been funded by UNDP [United Nations Development Programme] and other agencies.

“We will be looking forward to 2020 and beyond in terms of what we are doing, what we are achieving in our various Ministries of Social development, what we can do better; what we can change,” he said.

Mr. Evelyn noted that on the second day, the meeting would move outdoors to the Kalinago Territory, home of the island’s indigenous people.

The social development minister is being accompanied by Mr. Keith Glasgow, Permanent Secretary in the ministry. He is expected to participate in the Permanent Secretaries meeting which is slated for Monday, November 11 and will remain for the Ministers’ meeting.

The 5th Meeting of the Council of Ministers of Human and Social Development of the OECS will be chaired by the Minister of Health and Social Services of the Commonwealth of Dominica the Hon. Dr. Kenneth Darroux.

The OECS Communications Unit stated that the keynote address to be given by Prime Minister of the Commonwealth of Dominica the Hon. Dr. Roosevelt Skerrit on the theme “Making Human Dignity the Centre of Development,” will set the tone for the discussions on multiple matters including the contribution of social protection to regional economic growth; the effective management and implementation of foster care in the OECS; and the barriers faced by minority groups related to accessing social protection services.

According to the OECS, the intended outcomes of the two-day Ministerial meeting will be for a greater awareness of the obligations of the OECS member states arising from the Treaty of Basseterre, and its linkages with the Social Development and Protection agenda in the region; an increased buy-in on the contribution of social protection on the economic growth and social development agenda of the region towards achieving SDGs; the generation of awareness on the operational framework for the effective management and implementation of foster care in the OECS – a regional roadmap matrix for enhancing the management and quality of foster care delivery in the region; and an increased consciousness of the compounded barriers experienced by minority groups which result in an inequitable access to social protection services.

Mr. Evelyn and Mr. Glasgow are expected to return to Nevis on Thursday, November 14, 2019.