Deputy Premier of Nevis and Minister of Sports Hon. Mark Brantley greets decorated Triathelete Chris McCormack, winner of the first ever MaccaX Nevis International Triathlon held on Nevis on November 16, 2013
NIA CHARLESTOWN NEVIS (November 18, 2013) — Deputy Premier of Nevis and Minister responsible for Sports Hon. Mark Brantley registered satisfaction with the  first MaccaX Nevis International Triathlon on November 16, 2013,  which saw Multiple Ironman winner  Australian Chris “Macca” McCormack  capture the top spot in just over three hours.
The race which is named after McCormack, attracted just over 60 entrants from around the world who competed in a 1.5K swim at Gallows Bay followed by a twice-round-the-island 60K cycle event and concluded with a 10K-run through Charlestown, Bath Village through Gallows Bay and finally ended near the Charlestown Pier.
“I think it is a wonderful event. I want to thank Mr. McCormack again for lending his name to this event. I think that the sky is the limit. I am really looking for this to build and build and build.
“I think next year we are going to see a lot more people here. Mr. McCormack is indicating that he is willing to bring his training camp here, so I think the spinoffs are enormous and the publicity for Nevis, we couldn’t pay for this type of publicity,” he said.
Mr. Brantley thanked Mr. McCormack and noted that he looked forward to what the partnership between the Nevis Tourism Authority, the St. Kitts and Nevis Triathlon Federation in collaboration with “Macca” would bring to Nevis in the near future. 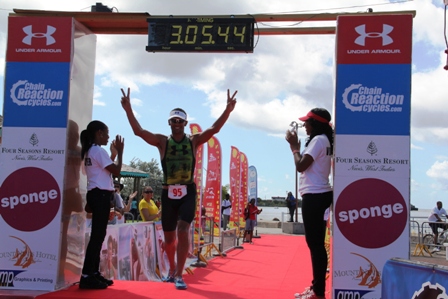 “We are very, very happy as we like to say ‘Something good is happening in Nevis’ and Chris is a part of that so Macca, thanks again. We need to make him an honorary Nevisian. Thank you very much as always and we look forward to this cooperation continuing for many, many years,” he said.
Meantime, moments after his win, Mr. McCormack said he always enjoyed Nevis and that was part of the reason he was involved in the partnership.
“I always enjoy Nevis, I think that was part of the reason I wanted to stamp my name on an event here. I just think there is huge potential and we have a global racing team called the MaccaX Triathlon Team and a data base close to 100,000 triathletes and the feedback we get is that they are looking for destinations like Nevis and the key for us is to make sure we can get that word out to them,” he said. 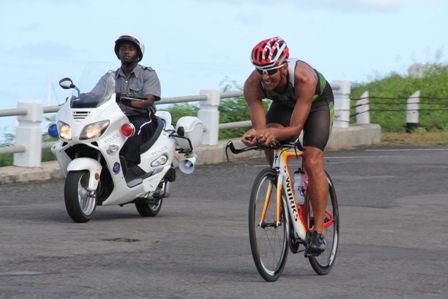 However, the well known Triathlete explained that although the event was regarded as a small one he had begun to promote the second such event in 2014.
“We came in this year. It was a small event. We had a camp last week in Miami with almost 150 athletes and we have convinced all those athletes to join us here next year,” he said.
Mr. McCormack expressed his satisfaction with the triathlon and the high level of local preparations for the event.
“The great thing about a small island like Nevis is that we can make this a triathlon island. We can come in and own the place which is very, very unique so, I am very, very happy with how it went. 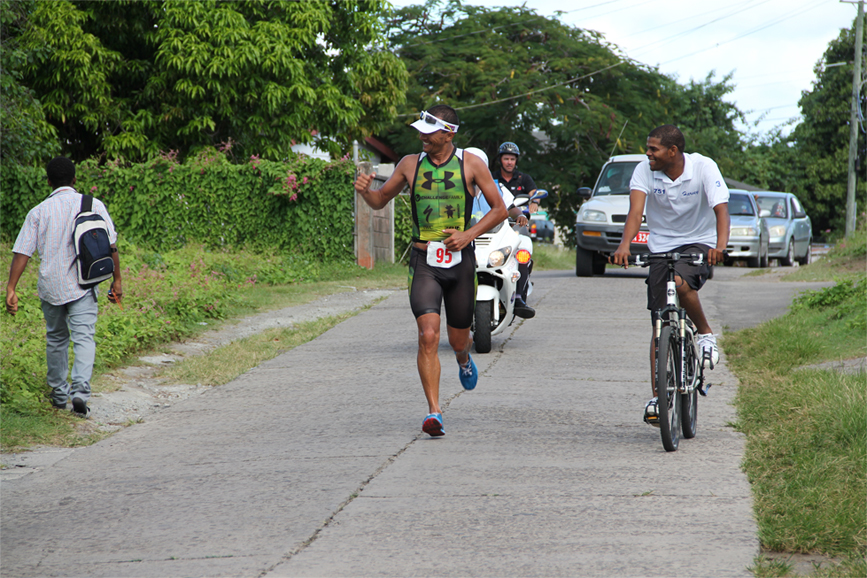 “Of course the organisation is always wonderful here. I think it’s great to know that the city and the people are behind the event and that sets things up for the future. I am 100 percent back if you will take me back. I want to come back for sure and I want to come back with a lot of people. I think next year you will be surprised,” he said.
The world renowned Triathlete said though Nevis was relatively an unknown destination and its uniqueness provided an ideal location for triathlons, a sport which had the potential to grow there and explained he had already began receiving feedback from triathlon enthusiasts.
“The feedback I have already gotten from our team is we have been pushing a lot of the photos of us walking around the Four Seasons and the back section of the bike course and people are very interested in Nevis. 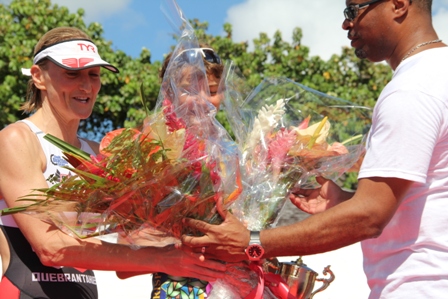 “A lot of people know St. Kitts but Nevis is quite an unknown entity so getting that word out showing triathletes that this time of year, the end of the season you are about to go into a harsh winter, why not end the year in  a tropical paradise,” he said.
Meantime, third-place winner and the first woman to cross the finish line Jane Hansom, gave her overall impressions of the race.
“Ohhh it was so fabulous. It’s a great course it’s very hilly and very hot. I am from Scotland. Currently it’s snowing in Scotland and people are skiing so I find that tough today. I really got so hot on the bike and I could have drank more [fluid] but that was my own fault for not carrying enough but it is amazing; the course was beautiful. 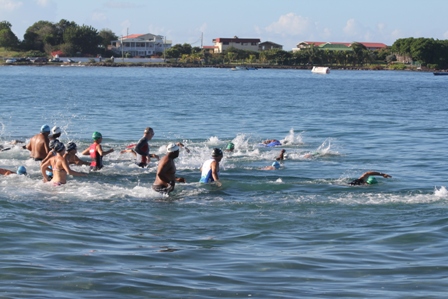 “I mean it’s such a great island. It’s such a beautiful island. My favourite was the swim because it is not often I get to do a non-wetsuit sea swim. All of the races in Europe are cold so we have to wear a wetsuit,” she said.
Ms. Hansom who is the current Age Group European Champion also confirmed her participation in the event in 2014.
“Oh definitely I will be back! I am definitely coming back next year, that’s a given! I am going to book my flights tomorrow,” she said.