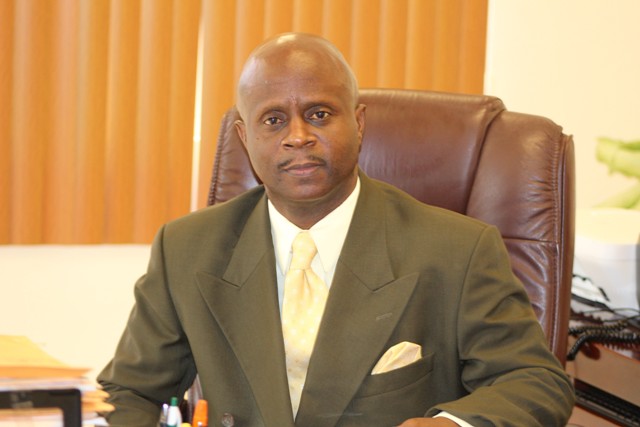 NIA CHARLESTOWN NEVIS (August 09, 2018) — Mr. Wakely Daniel, Permanent Secretary in the Premier’s Ministry on Nevis, says his attendance at the 5th Geothermal Congress for Latin America and the Caribbean (GEOLAC) 2018 held in Mexico City in July, provides a multitude of opportunities for Nevis on its journey to develop the island’s geothermal energy.

Mr. Daniel told the Department of Information on his return to Nevis recently, that the forum proved worthwhile and beneficial and paved the way for networking.

“Most of the countries in Latin America and the Caribbean who have embarked on a geothermal project attended that conference and the networking itself was quite helpful.

“We got a chance to look at the experiences that all of these countries would have had. We looked at their pitfalls, all of the challenges and at times, looking at the process, it even proved to be a cautionary tale for those of us who are new in the process or who are in the final stages, as we are, in geothermal,” he said.

Mr. Daniel, who represented Hon. Mark Brantley, Premier of Nevis and Minister of Public Utilities and Energy, explained that he was also able to interact with representatives of key institutions including the Caribbean Development Bank (CDB) and the Inter-American Development Bank that could be of help to Nevis in its geothermal endeavour.

“We looked at the process in Nevis, what’s happening here, how they can assist and I’ve advised the premier as to ways in which he, as the minister, can communicate to these institutions and how they are willing and able to assist Nevis as we embark upon the geothermal process,” he said.

The Permanent Secretary, who was accompanied by Mr. Jervan Swanston, Acting General Manager of the Nevis Electricity Company Limited (NEVLEC), were among delegates who made presentations at the Mexico City forum.

He noted that he also used the opportunity to speak about the geothermal project in Nevis, its timeline, what has already been accomplished, the status and the future projections.

Mr. Daniel reiterated the NIA’s stance on the importance of geothermal energy development to Nevis which in the end, would revolutionise the island’s economy.

The congress, which is co-hosted by the Inter-American Development Bank and the World Bank Group with support from Mexico’s Secretariat of Energy (SENER), is the only gathering of the region’s leading geothermal stakeholders.

The forum was launched in 2012 and brings together public, private and multilateral stakeholders for two days of intensive networking and discussion on the prospects for investment in geothermal region-wide.

This year, the forum was the largest since its inception, with 150 stakeholders from 30 countries and 13 regional governments represented by senior officials.