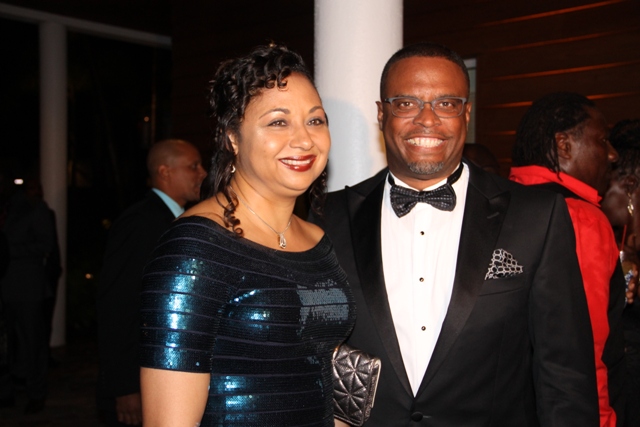 Deputy Premier of Nevis and Minister of Tourism Hon. Mark Brantley and his wife Mrs. Sharon Brantley at the recent awards ceremony and gala hosted by the Ministry of Tourism at the Four Seasons Resort

NIA CHARLESTOWN NEVIS (JUNE 06, 2016) — “Let us all remember that we are one people, one island, one destination and together, let us strive to build and improve this fascinating place that we call our home.” That sentiment was expressed by Deputy Premier of Nevis and Minister of Tourism Hon. Mark Brantley, when he delivered remarks at a recent awards ceremony and gala at the Four Seasons Resort hosted by the Ministry of Tourism.

The awards ceremony and gala was the final event in the Ministry’s Exposition Nevis, a month dotted with tourism awareness activities. It gave stakeholders in the tourism industry an opportunity to showcase their offerings. It also provided the public with a chance to learn and experience the varying aspects of the island’s tourism industry.

Mr. Brantley explained that the awards ceremony and gala was an important aspect of Exposition Nevis. He said it recognised the sterling contributions of the hardworking, dedicated and passionate tourism stakeholders.

“Without the employees, managers, tourism companies and support services, the level of success enjoyed by the tourism industry in Nevis would not be possible,” he said.

The Tourism Minister also expressed hope that the more than 20 persons recognised would be seen as pillars of the industry and brilliant exemplars who should be emulated.

Mr. Brantley noted that the Nevis destination has been growing from strength to strength over the last several years and has achieved success in many areas.

He stated that much emphasis has been placed on quality assurance through the Hospitality Assured Programme and three properties on the island have been certified and are seeking recertification in 2017. 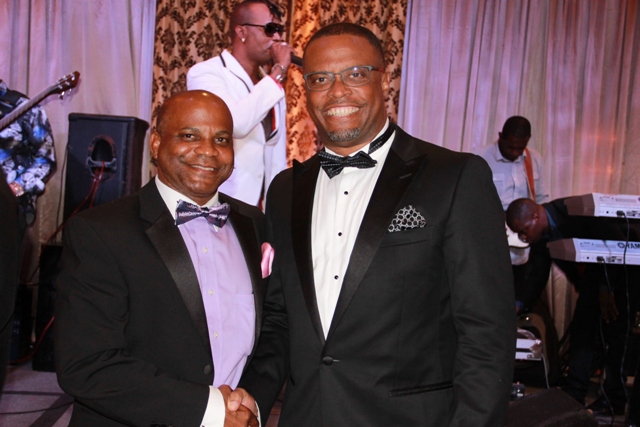 The Minister added that there are plans to target other tourism entities on Nevis with the programme which focuses on business excellence, continuous improvement and a customer-centred approach.

He said training with the taxi operators is continuing and training for tour guides will be available shortly.

Mr. Brantley also noted that the Ministry in collaboration with the Nevis Tourism Authority (NTA) has put significant effort and resources into improving direct airlift into Vance W. Amory International Airport. He said it was something that the Nevis Island Administration sees as critical to the success of the tourism industry.

Regarding the ministry’s product development initiatives, he said that has widened to include not only improvements to heritage and touristic sites but there has also been a focus on key sustainable tourism principles that will ensure the viability of the industry.

“We have not only focused on the physical and environmental aspects of sustainability but also the social-cultural component with increased involvement in community-based tourism and greater focus on capacity building for our Ministry of Tourism staff, vendors, artisans and other tourism stakeholders,” he said.

In the area of tourism education awareness, Mr. Brantley describes the ministry’s performance as exemplary. 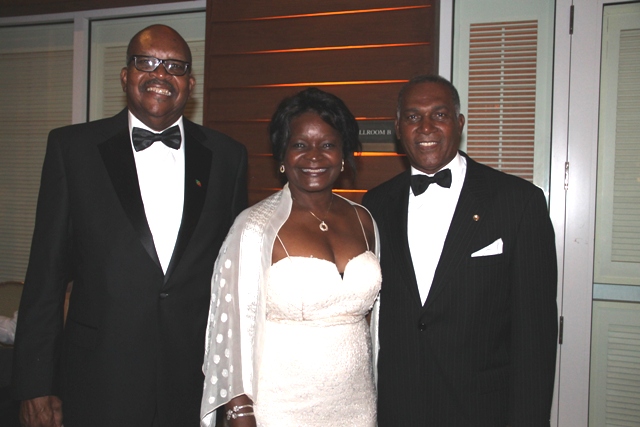 He pointed to the two recent Junior Ministers of Tourism at the Caribbean Tourism Organisation’s Tourism Youth Congress. He said they have performed creditably and have set a new standard for the regional event.

Mr. Brantley commended the tourism education team at the ministry for their untiring efforts at instilling into the youths the drive, zeal and the important realisation that great accomplishments can come from little places.

Among those present at the event were Governor General of St. Kitts and Nevis His Excellency Sir Tapley Seaton QC, Premier of Nevis Hon. Vance Amory, and Minister of Tourism in the Federal Government Hon. Lindsay Grant. The featured speaker was Mr. Vincent Vanderpool-Wallace.