NIA-CHARLESTOWN NEVIS (May 13, 2011) — Permanent Secretary in the Ministry of Agriculture on Nevis Dr. Kelvin Daly said although Nevis had, by default, lagged behind the rest of the Caribbean in the adoption and implementation of greenhouse technology, the island was better positioned to learn from mistakes of those who ventured in that area of protected agriculture before.

The top Agriculture Official on Nevis made the statement on Thursday when he delivered remarks at the start of a two-day workshop on Greenhouse Management and Production. The training which was held at the Department of Agriculture’s (DOA) Conference Room at Prospect, catered to a cross section of stakeholders including Agricultural Science Teachers, Farmers and staff of the DOA.

Protected agriculture, he noted, was a term use to describe the entire genre of human interventions intended in some measure to affect the environmental and biological conditions under which crops were grown and it was one of six major priority areas in the DOA’s Medium Term Plan. 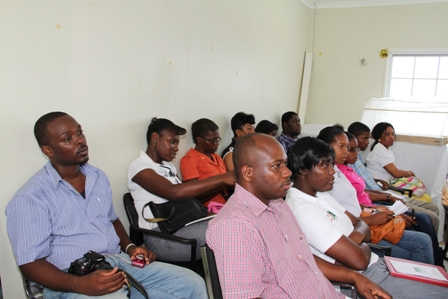 Dr. Daly hastened to add that that form of technology was not meant to replace traditional methods not only at the farm gate but right along the value line however he said it offered significant control of environmental variables like wind, light, temperature and biologics.

Meantime, he said according to the Caribbean Agricultural Research Institute (CARDI) Nevis had been advanced in its approach to agriculture.

“I am enthused to know that we here in Nevis have been promoting an approach dubbed by CARDI as the ‘New Agriculture’ for a few years now. The kind of approaches that link backyard [gardening] to support institutions and industries and forward to the Tourism and Trade sectors. This exercise today must therefore be viewed in the larger context of food security and not just another exchange of technology transfer,” he said. 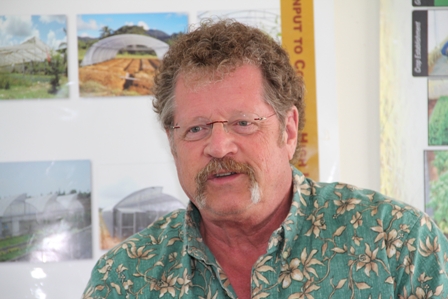 The Agriculture Official also explained that the Nevis Island Administration was charged with the responsibility of creating an enabling environment of crop production which had to be seen as a mechanism of diversification that would enhance production methods.

“This technology is a tool to achieve an end and the end in this case is to produce more food and to do so comparatively cheaper than field grown equivalents. To put us on firm ground we solicited the support of CARDI to facilitate this two day workshop,” he said.

According to Daly, the participants will have the opportunity to put into action what they had learnt during the workshop at the DOA’s new Greenhouse at Prospect.

The Workshop Facilitator is Dr. John Griffis of Florida