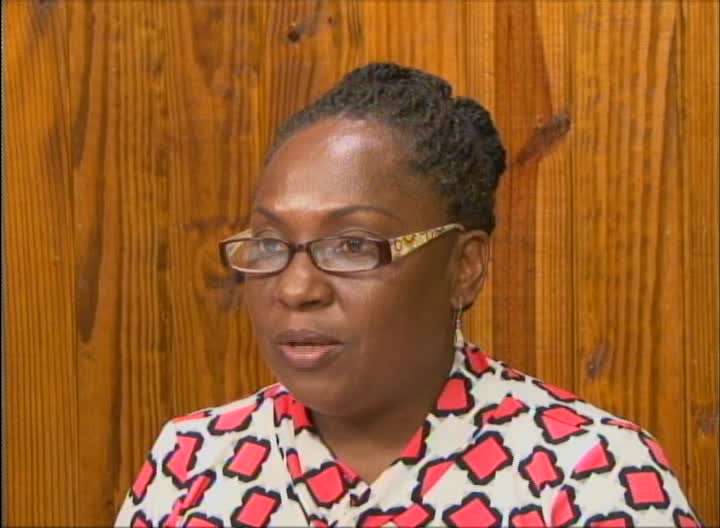 President of the Nevis Women’s Council Patricia Claxton
NIA CHARLESTOWN NEVIS (February 19, 2014) — Two executive members of the recently formed Nevis Women’s Council (NWC) urged women of Nevis to become a part of an organisation that would deal with issues that affect them and attend the first general meeting on February 20 at the Red Cross Building from 4:30 p.m.
The invitation came when the organisation’s President Patricia Claxton and Vice President Vernie Amory spoke to the Department of Information during a recent interview at the Nevis Television studio. The NWC was launched on December 12, 2013, with Secretary Shirley Huggins, Treasurer Charlene Huggins, Assistant Secretary Treasurer Shana Howell, Public Relations Officer Clara Walters and her Assistant Verlene Pemberton.
“We are having our first general meeting next Thursday the 20th and we want to take this opportunity to invite all ladies, any woman. Once you are a woman we want you to be a part of this because unity is strength as it relates to women and the stronger ones would help the weaker ones.
“It’s not about class. It’s not about colour. It’s just about women helping women… This is open to all women, I would say from 18. It’s open to all women because we want to be able to deal with women’s issues. We want gender equality and we want women,” Claxton stated.
The Vice President on the other hand reiterated the benefits of the organisation to the women of Nevis.
“Women suffer silently and there is no need for that. I’m not just talking abuse. I’m talking poverty, lack of understanding, child care, education and their rights and together we can learn, those who have the knowledge can pass it on.
“The generation that’s growing up know nothing about the communal family rearing that went on when I was a child and lots of things, the things we did as children the things our parents taught us because parents are so busy being employed and being the bread winner our society is losing out on a lot of things,” she said.
According to Amory, there were several women’s organisations on the island but expressed the view that they were not fulfilling their role based on the issues that were ongoing in the communities. She said the time had come for women of Nevis to set aside all political and religious affiliations and work as a unit for their benefit.
“It’s not about whether I am an Anglican or a Methodist or Pentecostal. We have to leave that out of the window. It’s not our political affiliation. We have to leave that behind because these are stumbling blocks.
“I see these as thing that stop women from really being the weapon that they can be in society because we are a powerful force. We are the ones who give birth to all the men who are great and I don’t know why we feel that we are second class citizens because we are not.
“If we really take our roles seriously as wives and as mothers, we are the ones who mould society. So I feel that if we get together, we can begin to establish, know who we are because when you know who we are, you can come up against anything but when you are not sure, you can be blown here and there,” she said.
Amory also expressed hope that the church organisations would each send one representative which she believed would help strengthen them.
“I feel that all the church organisations even if they send one representative from all of the organisations whatever they learn they can take back and strengthen one another because all great organisations and conglomerates in the world, are formed by people getting on board, by people getting together and uniting and this is something that seems to elude us in the islands. 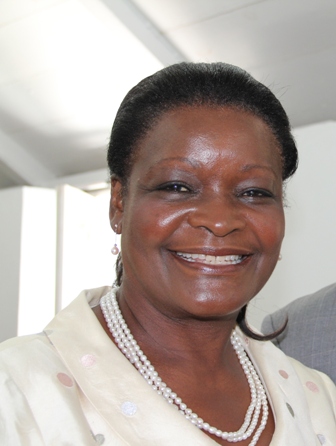 “We are very good at pulling down but we are not very good at complimenting each other. We have to find a fault and this is something that needs to be eliminated from our vocabulary…I think that unless we really get together and get rid of our taboos then we can’t get rid of our fears and if we can’t get rid of our fears, then we can’t be strengthened,” she contended.
In conclusion she also invited women to participate in the general meeting.
“I want to invite every woman… Whatever you think of yourself, this organisation is for you. It does not matter your political affiliation because we allow politics to keep us down because…pain, suffering, poverty and lack and ignorance has no political affiliation or no religious affiliation. It goes right across the board.
“So I am inviting everyone to come out on Thursday afternoon the 20th of February at the Red Cross Building to learn more about their legal rights to learn more about what they can do to make our society a better place. We have left it to the men. We have left it to the churches. It’s about time we take responsibility,” she said.