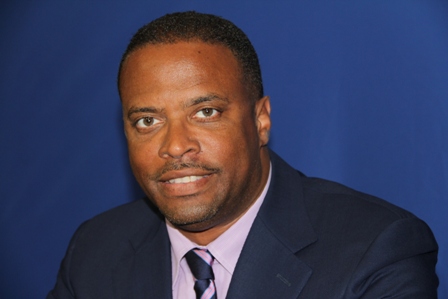 Deputy Premier of Nevis and Minister of Tourism Hon. Mark Brantley (file photo)
NIA CHARLESTOWN NEVIS (February 19, 2014) — Extensive international media coverage for Nevis in recent months, has been described by the island’s Deputy Premier and Minister of Tourism Hon. Mark Brantley as unprecedented. He said it was no accident but instead a deliberate and strategic effort, to attract attention to and create awareness for Nevis.
The Minister shared the view when he was a guest on Inside Government which was aired on Nevis Television Channel 8, on February 17, 2014 and urged Nevisians to be appreciative of the achievement.
“I really want people to appreciate that this is a result of a deliberate strategy to go out to attract attention and to create awareness in the market. Nevis had fallen off the map and when we got into office we said this has to change. We have to go out there and we have to re-establish Nevis as a premier luxury destination in the Caribbean and I am very happy to say that the kind of attention that we have been getting is unprecedented.
“We are not calling people now, people are calling us and saying ‘We want to know what you are doing in Nevis. What’s happening in Nevis because there is such a buzz out there now about the island and that’s exactly what we are trying to achieve,” he said.
The most recent media coverage came in an exclusive two-page article in the March 2014 issue of Ebony magazine under the direction of Editor-in-Chief, Amy DuBois Barnett.  Ebony magazine is a monthly publication said to be the oldest and largest magazine for African-American readers in the United States of America.
Reacting to the article which he admitted he had not yet seen, Mr. Brantley said the coverage was a deserving accomplishment for the island.
“The Ebony magazine exposure I think is a coup for Nevis. It is a real coup for Nevis and I think our people need to appreciate that a tremendous amount of effort is being made when that effort manifests itself in a piece like we are seeing in Ebony, which just hit the newsstands. It’s the March issue 2014. 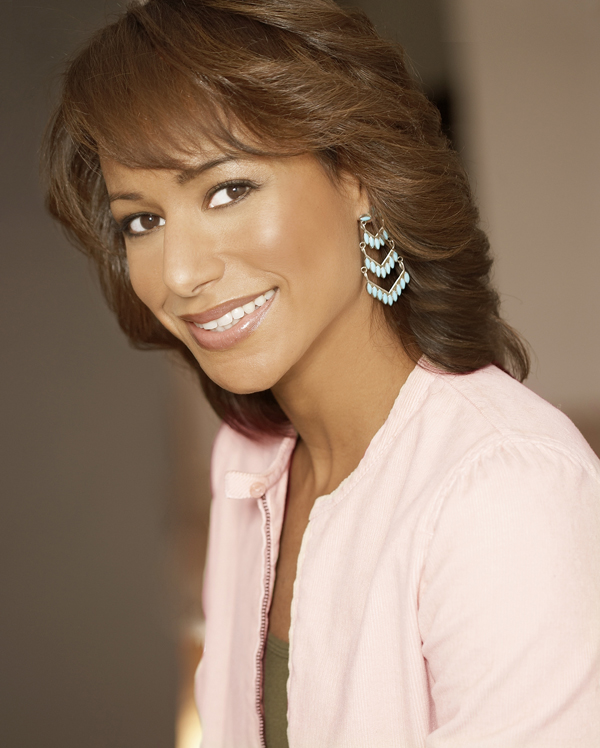 “Not only had Ebony come but the Editor-in-Chief of Ebony herself did that article. So she didn’t sent a staffer, she didn’t send anybody like that, she came herself, Amy Barnett DuBois…I confess that I have not seen the article myself but I have spoken to several people who ran out to buy it and they say that it is an excellent piece,” he said.
The Tourism Minister explained that he had been told the article’s writer gave details about what the hotels and Nevis had to offer and her own experience during her visit during the Thanksgiving holiday in 2013 and as such the article was a coup for Nevis on several fronts.
Mr. Brantley was hopeful that the article would reach a demographic in the United States that had never been targeted by tourism officials on Nevis before now.
“Ebony of course is a marquis-type magazine…Ebony caters to an African-American demographic and we have felt for some time now that that was a demographic that was ignored for a long time in Nevis, that we never really went out and tried to encourage traffic from the African-American community.
“African Americans have a lot of disposable income and so what we are doing through efforts in magazines like Ebony, is to attract some attention from that market and Ebony reaches the demographic that we want, people who have money to spend,” he said.
The Tourism Minister reiterated that the island was not about targeting mass tourism but instead visitors willing to spend.
“In Nevis we are small. We’re a niche and so we don’t depend on numbers. What we depend on is the spending, the amount of money that people are spending. As I say, we don’t want any mass tourism, we want mass spending from those who come, so that’s what we are catering to and I think it’s a fantastic coup and that all of Nevis should be proud,” he said. 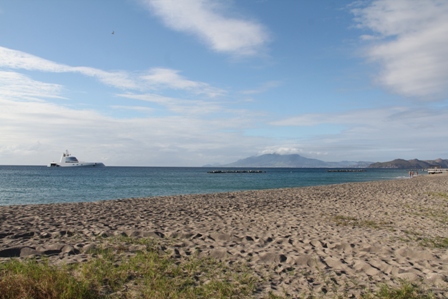 Mr. Brantley also made mention of other recent coverage for Nevis among them an article in the Departures Magazine, and a television programme in Boston called Chronicle which featured Nevis exclusively for half an hour.
“We were also just featured on television in Boston and Massachusetts as well, on the Chronicle and that again was a coup. Chronicle was here 15 years ago to cover St. Kitts and Nevis. They came back this time and they said there was such a buzz about Nevis, that they wanted to come see what the buzz was about and they covered Nevis alone.
“They gave Nevis an exclusive half an hour. That is priceless. We could never afford to pay for that kind of exposure in Ebony, that kind of exposure in Chronicle. It really is priceless,” he said.