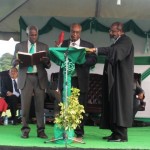 Charlestown, Nevis (July 15, 2011) – Newly elected Premier of Nevis and leader of the Nevis Reformation Party (NRP), the Hon. Joseph Parry said he was elated that his ruling party had strengthened its mandate at the July 11th polls, securing not only the majority of the electable seats of the Island Assembly but also the majority vote.

The second term NRP Administration was sworn in on Tuesday evening at the Elquemedo Willett Park following the success at the polls on Monday. 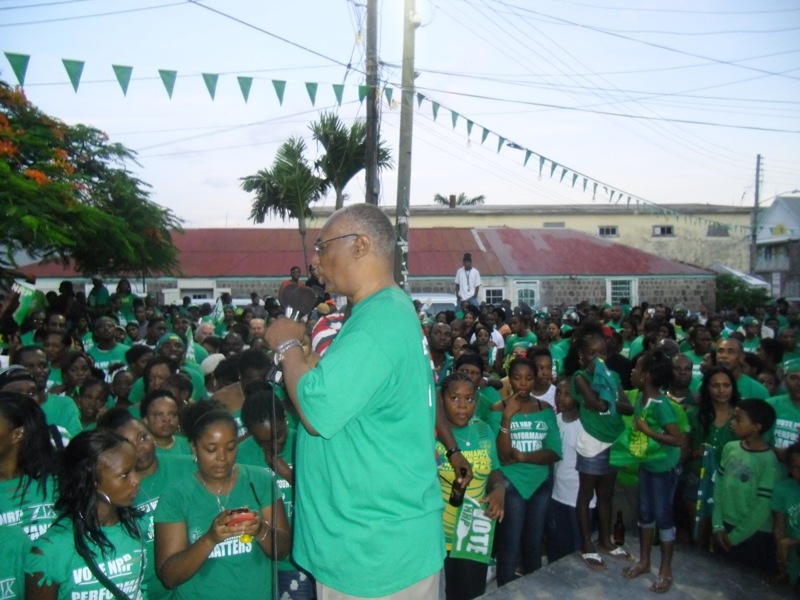 Premier Parry addressing NRP supporters after victory at the polls

In 2006, the NRP won the election securing the majority of the Assembly’s seats but with the minority popular vote (2,894) compared to the opposition’s 3,050.