NIA-CHARLESTOWN, NEVIS (January 28TH, 2011) — Nevisian-born Mr. Stevenson Manners is the recipient of a return ticket to Miami and US$500 after the Hull Ground resident won first place in the RAMS-Seven Seas sponsored initiative.

The promotion that was launched late last year in RAMS pharmacies and supermarkets nationwide, sought to “create an education in market and incentivize loyal Seven Seas customers.”

This is according to Barbados-based Regional Portfolio Manager of Seven Seas Mr. Randy Marshall who said he was pleased that Mr. Manners, as a longtime customer, had won the competition.

“We definitely believe in investing in the nation’s people as well as more or less educating the island or the island’s people about our products,” Mr. Marshall said.

Health and Beauty Brands Manager at RAMS Mrs. Shirley Julius was also on hand to witness the brief ceremony which was held last Tuesday [Jan. 25] at the Nevis Island Administration’s Department of Information at Bath Plain.

“We at RAMS Group of Companies believe in giving back to our customers.  We believe that our customers are key to our success,” Mrs. Julius said.

Mr. Stevenson Manners, in his response, said his purchase in Nov. 2010 was based on “following motherly advice” in order to “ensure a healthy mind in a healthy body.” 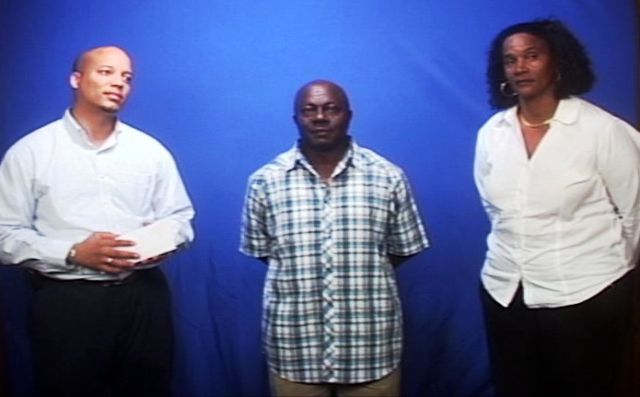 “My late mother ensured that myself and my siblings, as children, were brought up on Seven Seas products. She told me personally, somebody who grew up in the church and reciting poems in Sunday school, in church and in grade school, that it was the best lubricant for my rich, silky voice,” Mr. Manners said.

In addition to encouraging others to use Seven Seas products, Mr. Manners pledged to “huddle” with his family “to decide how best to maximize the return ticket to Miami with $500 spending money.”

“Since the products I bought were for the children, they are already saying that they should be in on this so we’ll see how things go. I want to thank you very much and I want to say to the public both in St. Kitts and Nevis, keep using Seven Seas,” he said.

As part of the promotion, RAMS customers had to purchase $50 worth of Seven Seas products at participating outlets across St. Kitts-Nevis.