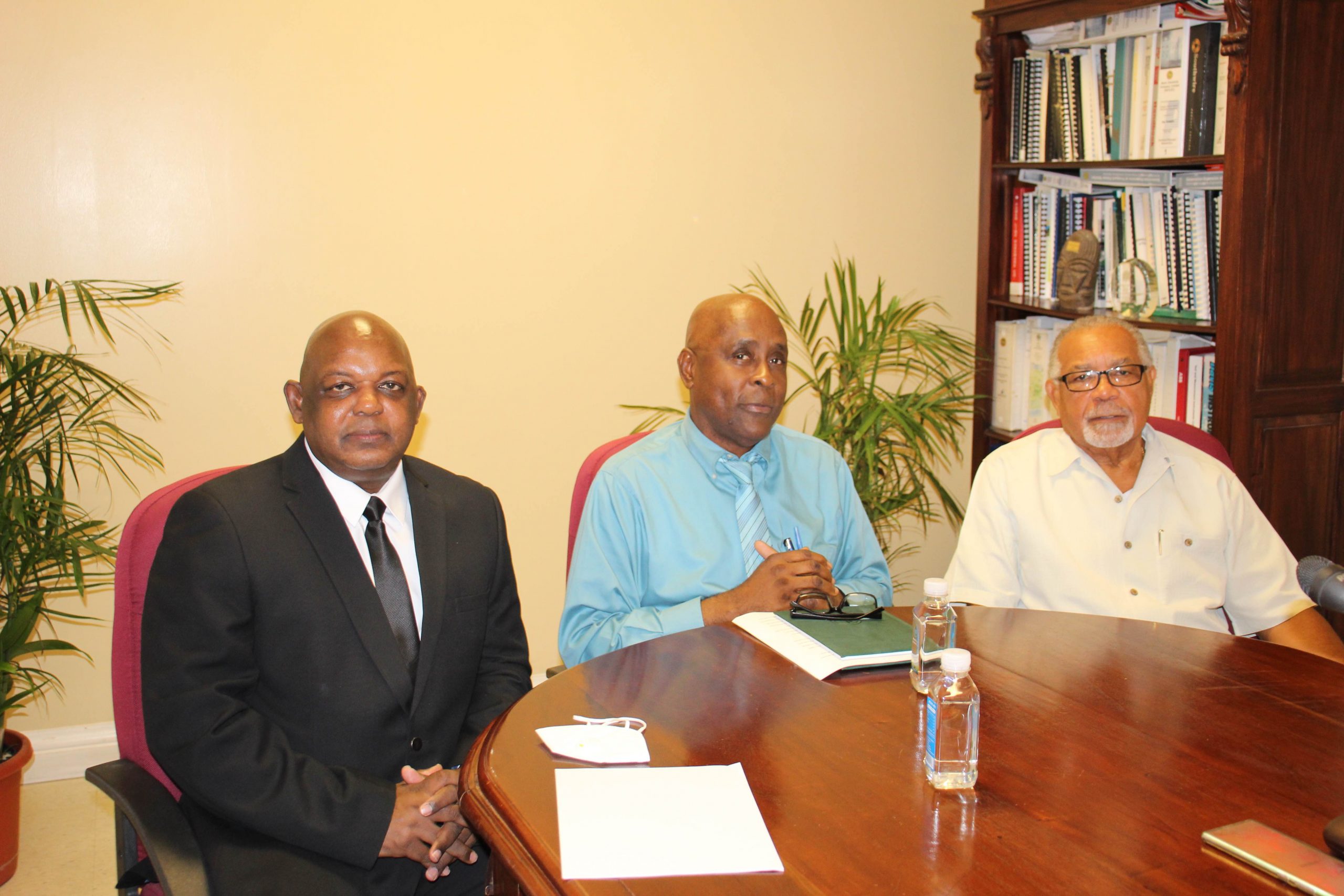 NIA CHARLESTOWN NEVIS (February 22, 2021) — Mr. Stedmond Tross, Chairman of the Nevis Electricity Company Limited (NEVLEC) Board of Directors introduced the new general manager of the company on February 22, 2021, at a ceremony at the company’s board room.

“We are here this morning to introduce to the general public Mr. Albert Gordon, our new manager of NEVLEC. Mr. Gordon is a Jamaican by birth. He is a mechanical engineer and has served in various management roles in the region. In fact, he comes to us after completing his latest contract as the general manager or CEO of Guyana Power and Light (GPL)…

“He is contracted to us for two years starting on the 1st February 2021, and it is our hope that by the end of his tenure some local person would have demonstrated the requisite management skills to take up the reins of leadership,” he said.

Mr. Tross added that NEVLEC continues to do all it can with limited resources to ensure that it provides a constant, reliable service to the people of Nevis, and as such Mr. Gordon is taking leadership of the company at a time when it is ready to take off, as it adapts to a changing environment.

“On behalf of the Board I want to wish him well because if he does well, Nevis will do well and I ask the people to receive him and to work with him,” he said.

The Chairman of the Board thanked Mr. Gilroy Pultie, of St. Lucia who served as the general manager of NEVLEC for the past two years.

“Mr. Gilroy Pultie who did an outstanding job while he was here to bring us to where we are today, we continue to wish him well in his new endeavour and thank him because although he is not with us, we have continued to get his advice and expertise in certain things,” he said.

“We say good bye or so long to Mr. Elford Felix. Nevis on a whole owes him a debt of gratitude for resuscitating our power plant and getting engines that were virtually dead to come to life again, so much so that when our largest generator was down for maintenance for several weeks, we were still able to supply electricity to the people of Nevis. So to him and the hard working staff at NEVLEC we say a big thank you,” he said.

Mr. Tross stated that Mr. Felix had come to work with the company for three months initially but stayed for two years to ensure that NEVLEC’s generating capacity was enhanced. The Chairman wished him well and best wishes in his future endeavours.