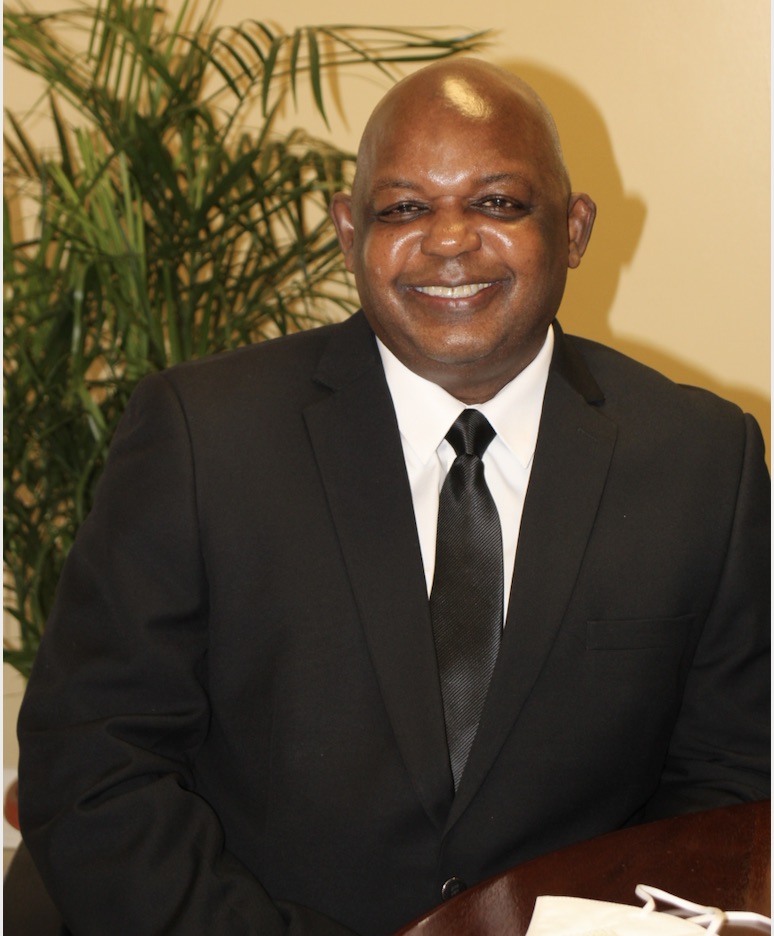 NIA CHARLESTOWN NEVIS (February 23, 2021) — Mr. Albert Gordon, the new General Manager (GM) of the Nevis Electricity Company Limited (NEVLEC) says he will continue to build on the work of his predecessor to ensure that the utility company becomes the best in the region.

His comment came while delivering remarks at a ceremony to welcome and introduce him to the public hosted by Mr. Stedmond Tross, Chairman of NEVLEC’s Board of Directors on February 22, 2021, at the company’s board room.

“I’m looking forward to working with the team to ensure that we make NEVLEC the best utility in the region. I think the previous GM had that mission and I’d like to build on that.

“I see the potential in all the different areas – service to customers, reliability, access, efficiency, sustainability, and so I’m looking forward to working with the team to take NEVLEC to that next level,” Mr. Gordon said.

The new general manager whose two-year-contract commenced on February 01, 2021, explained that since his arrival on the island spent the first two weeks in quarantine. Since then he has been engaged in meeting the staff and some customers.

“So far I’ve been going around meeting the staff getting to know the team, the facilities, speaking to a few of our customers as well getting some preliminary feedback and it’s all been good…

“I think the current team with the leadership of Mr. [Elford] Felix has done extremely well in the areas that we want to focus on to make the utility play its role in facilitating the sustainable development of Nevis and St. Kitts Nevis as a whole,” he said.

Mr. Gordon noted that he also visited key areas and was pleased with what he had seen. However, there is more work to be done.

“In all the different critical areas that we want to look at I’ve seen significant work. There’s more to be done as the chairman said but across the value chain, fuel management there’s some work to be done there but a lot has been done.

“The generation systems as you heard, the T and D [Transmission and Distribution] systems quite a bit [has been done], the customer services are ahead of several utilities in the region but there’s always room for improvement, but we intend to get to the front of the line and to stay there. That is my approach,” he said.

Meantime, Mr. Elford Felix, a St. Lucian Generation Management Consultant who was contracted by the company on two separate occasions was also present at the ceremony. In brief remarks he used the opportunity to say good bye to the company and the people of Nevis.

“I’m no stranger to Nevis. I’ve been here on two separate occasions…and I want to give thanks to the people of Nevis, a wonderful people, wonderful island and as I said it’s my second home. I also want to give thanks to the staff of NEVLEC, without their support I would not have been able to achieve the level of reliability and sustainable power that we produce now, and I want to say thank you to everybody [on] the Board,” he said.

Mr. Felix singled out the chairman of the board and described him as a “wonderful person to work with.” He said without Mr. Tross’ help he would not have been able to achieve a high level of success.

The Generation Management Consultant said he was happy he had done what was expected of him, and would be returning to his homeland to enjoy his retirement.