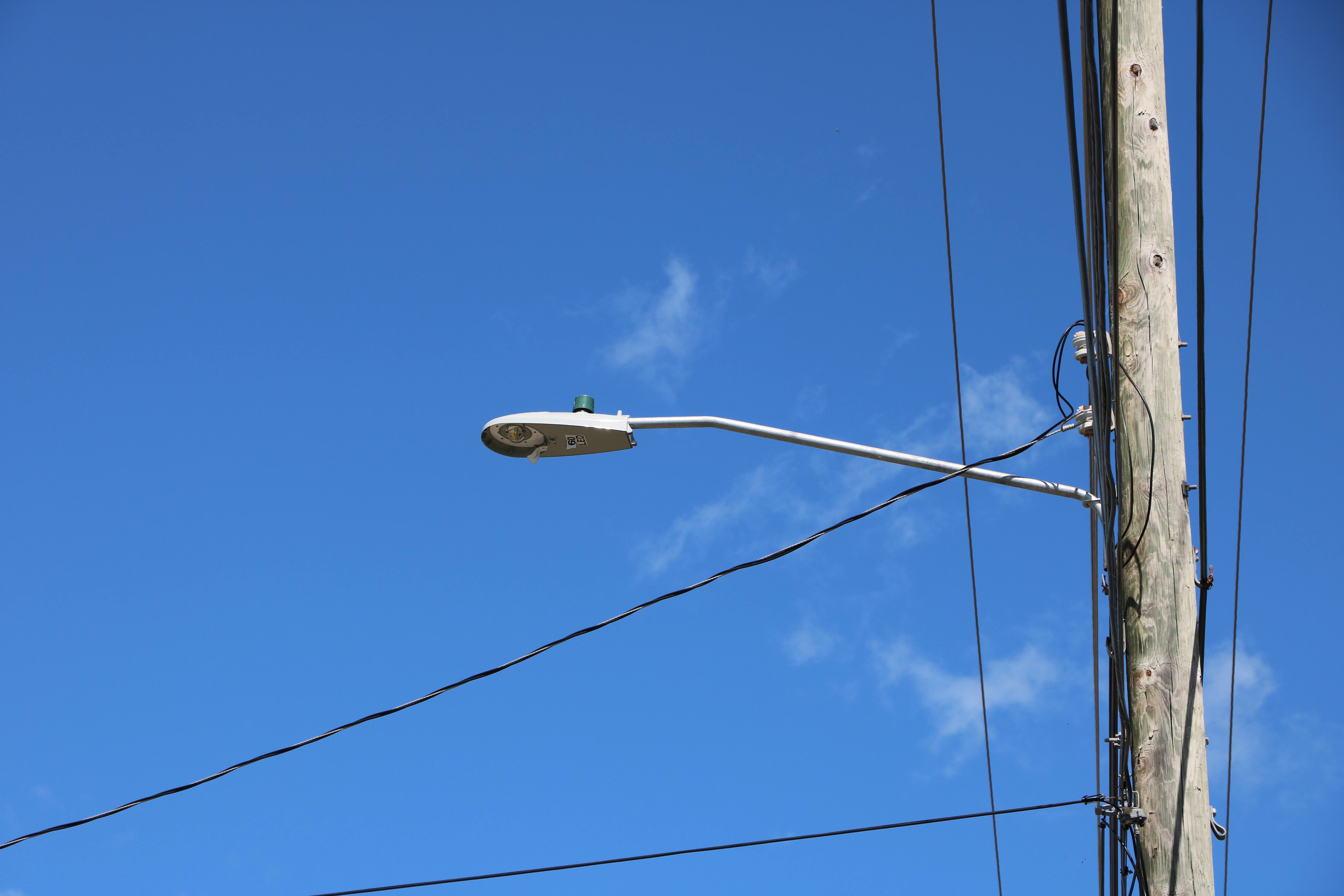 NIA CHARLESTOWN NEVIS (August 11, 2020) — The drive of the Nevis Electricity Company Limited (NEVLEC) to replace thousands of street lamps on the island, has slowed after a quick start to the Street Lighting Replacement Project, which started in November 2019.

Mr. Gilroy Pultie, the company’s General Manager told the Department of Information recently that NEVLEC remains committed to replacing all street lamps on the island with light-emitting diode (LED) lamps.

“We got off to a very, very quick start… In the first three months we replaced approximately 1,000 lamps. COVID-19 got in the way and slowed us down.

“To date we have replaced approximately 2,000 lamps from a population of about 4,000 lamps. The intention is to replace all 4,000 of the old lamps with new LED lamps,” he said.

The general manager spoke further of the circumstances which resulted in the slow down.

“First, COVID-19 has impacted NEVLEC’s finances, and secondly our guys are heavily involved in reinforcing the grid ahead of the peak of the hurricane season.

“Prior to COVID-19 the street lighting retrofit programme took place outside of normal working hours which increased our wage bill. At this time, we cannot afford to continue doing such work outside of working hours. Had it not been for COVID-19 we would have been finished by now,” he said.

The first area to benefit from the street lighting retrofitting project was the Long Point Road with target areas of Charlestown and the Island Main Road. Work also began in a number of parishes, replacing lamps and providing additional lighting.

One month before the project commenced, NEVLEC said in a statement it had embarked on the Caribbean Development Bank (CDB) funded project due to the challenges it experienced in keeping the older street lights in good repair, which was of major concern and frustration among the populace.

The company also stated that the exercise would take place in a “very structured and orderly manner” for reasons of efficiency. The project was expected to be completed in four to six months.

A similar exercise was planned to replace all floodlights on various playing fields and basketball/netball complexes around the island. That project was slated to commence in early 2020.

The initiatives are intended to reduce the reliance on fossil fuels and its contribution to global warming, as well as to reduce the demand for electricity. It would also positively impact the fuel surcharge.

Meantime, at his October 2019 press conference, Hon. Mark Brantley, Premier, Minister of Finance and Minister of Public Utilities in the Nevis Island Administration, described the project as a quantum leap forward for Nevis.

“It leads to energy efficiency, consuming less. It is likely to have a positive impact on our fuel surcharge because…all the lights burning around Nevis through the night we pay for it through the fuel surcharge. So if less electricity is being consumed, it means therefore that we are likely to see less being paid by us in terms of our households and our businesses,” he said.