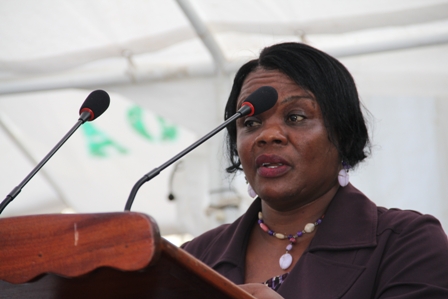 Project Manager of the Basic Needs Trust Fund on Nevis Mrs. Myrthlyn Parry giving an overview of the Barnes Ghaut Adult Education Centre before the new facility was handed over to the Nevis Island Administration on Wednesday

NIA-CHARLESTOWN NEVIS (September 23, 2011) — The recently commissioned Adult Education Centre in the Barnes Ghaut community, will serve the people there in many ways. That’s according to Project Manager of the Basic Needs Trust Fund (BNTF) on Nevis Mrs. Myrthlyn Parry who said the facility was built for the benefit and overall improvement of the people in that community.

Mrs. Parry was at the time presenting an overview of the facility at the official handing over ceremony to the Nevis Island Administration (NIA) on Wednesday.

“There is a computer room for training in computer skills. The adults in the community will be introduced to technological information and practices that are required in order to be competitive in today’s world.

“There should be career and work preparation classes for the young and mature persons in the community. They will be provided with the necessary preparatory skills, to enter the workforce. This will be done through instructions in Business Communications as well as job search techniques. There will also be classes in Education, Mathematics, English, Accounting as well as baking, sewing and Arts and Crafts and others,” she said. 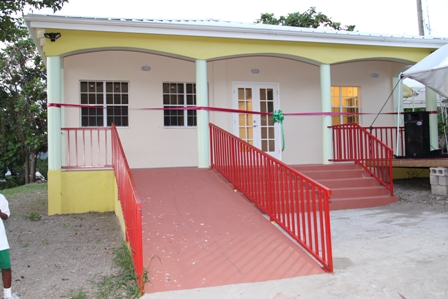 The venture known as the Basic Need Trust Fund Sub Project was financed by the Government of St. Kitts and Nevis, the Caribbean Development Bank (CDB) and the Canadian International Development Agency (CIDA). The consultant and engineer was Mr. Murchinson Best of Best and Associates and the contractor was Mr. Curtis Liburd of Beyond Homes Ltd.

She also spoke of the enthusiasm exhibited by some in Barnes Ghaut even as the building was being constructed. She said the young men had began to mobilize themselves creatively and had began to submit educational programmes and ideas for the use of the building. 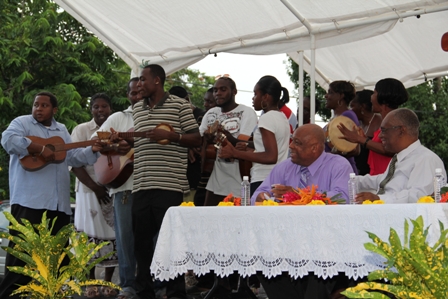 “I am sure that every group in this community is looking forward to participating in the programmes that will be designed for them. I think we can safely say that this Adult Education Centre well be fully utilized by the Barnes Ghaut Community.

“I will also venture to say that the Honourable Hensley Daniel, too, is anxious to implement his programmes as far as this education centre is concerned,” she said.

To facilitate those programmes that will be offered at the centre Mrs. Parry explained that structure included two classrooms,  a Computer Lab, A room for Senior Citizens in the community where they will meet and participate in a variety of organised activities that would be educational, recreational and related to the preservation and maintenance of their general good health.

According to the Nevis BNTF Project Manager, provisions had also been made for a library which would be useful for research and homework purposes. The kitchen at the Centre would be used for training in food preparation for all ages, for instance for diabetics, toddlers and teenagers etc. It would also be used for fund raising activities. 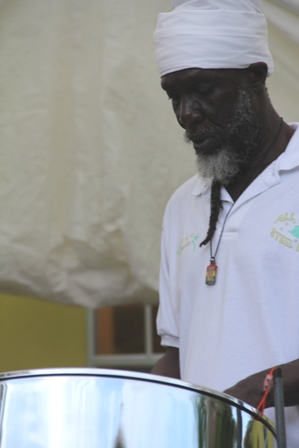 The Educational Centre also has a storage room, office space and the classrooms can be converted to a large meeting place for community meetings when necessary. There are also separate male and female restrooms and an external parking area for vehicles.

In conclusion, Mrs. Parry thanked the stakeholders in the project who she said should be very pleased with the finished assignment. She also told the people of Barnes Ghaut that they should understand that the facility belong to them all.

The new facility was blessed and dedicated by Reverend Cecele Browne and the Vote of Thanks was delivered by Ms. Valarie Bowrin. Chairman for the ceremony was Mr. Rohan Islas and there were musical renditions by residents of Barnes Ghaut accompanied by the village String Band. Musician Baba Tungi rendered the National Anthem on steel pan.