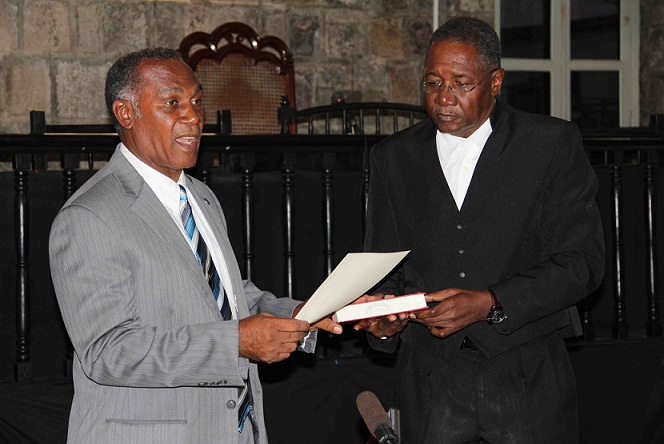 The brief but significant ceremony came hours after the Mr. Amory and his Concerned Citizens Movement (CCM) party won at the January 22nd  Polls in Nevis.

In attendance at the ceremony were Deputy Leader of the CCM Mr. Mark Brantley and Mr. Alexis Jeffers who were both victorious at the polls along with Mr. Spencer Brand and Mr. Keith Scarborough who also contested the election on a CCM ticket. Also present was Mr. Theodore Hobson QC who chaired the ceremony.

Mr. Amory will be sworn into office along with his Cabinet at a ceremony and thanksgiving service on Saturday January 26, 2013 at a venue in Charlestown to be announced.