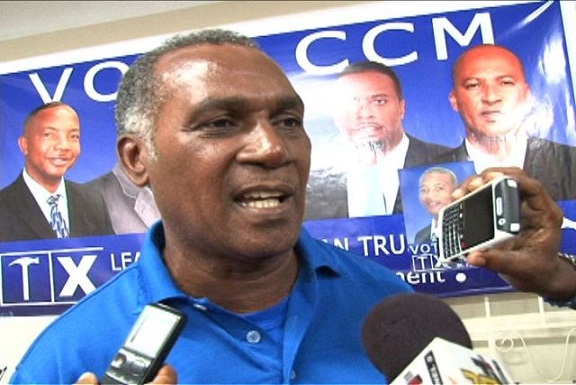 Premier Elect and Leader of the victorious Concerned Citizens Movement Mr. Vance Amory moments after his party’s victory at the Nevis polls
NIA CHARLESTOWN NEVIS (January 23, 2013) — In his first interview after his Party’s victory at the January 22nd polls, Leader of the Concerned Citizens Movement and Premier Elect Mr. Vance Amory said the first order of business would be the official swearing in sometime on January 23, 2013 but not before supporters were given the day before to celebrate the victory.

Mr. Amory made the announcement moments after the official results of the polls at the Party’s headquarters on Government Road.

“The first order of business is to get our official swearing in done but that may not be until tomorrow because today we intend to do a little bit of enjoyment, take a run around the island let people see us, adulate with them let them see we appreciate what they have done for us and for their country,” he said.

According to the Premier Elect, following the swearing in and portfolios assigned, his government would begin to look at how they would implement its policies which they believed would be the transformation of the economy of Nevis and to see how best they could get that done.

“Our first order is to look at high taxes and see where we can adjust them and I have said many, many times that the IMF ought not to imposing what they consider to be good policy we must have the ability to do that for ourselves and to look out for the people, our people who elected us to serve them and their interest,” he said. 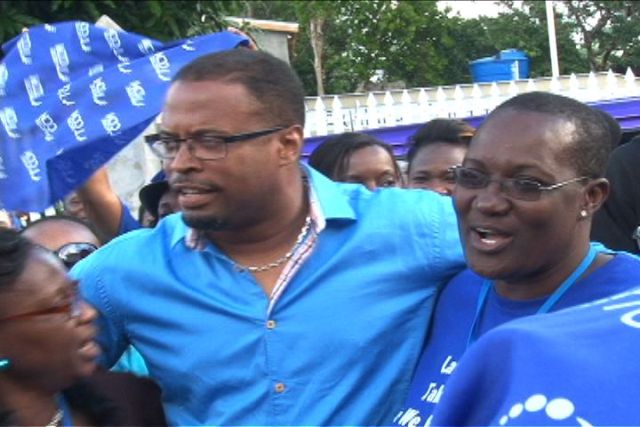 Notwithstanding, Mr. Amory described his victory at the polls as a humbling experience and although it was not the first time had the feeling that his victory was not of his own doing.

“This is the doing of so many persons and we have to give thanks to God he has kept us even during very trying times over the last six and a half years but moreso in the last 18 months. We have really come through what I call trial by fire and other things, trials in the court as well because that has been an integral part of our strategy as well, to regain decency and to restore Nevis to a really wonderful country.

“We have been bruised and battered. I think our country has been embarrassed and the people have seen that we were consistent and constant in what we were saying to them that we wanted to give them a chance to have new hope and I think the people have responded,” he said.

In response to when he knew that the CCM had won Tuesday’s Poll Mr. Amory noted it was evident in the mood and sense of peace and calm of the country on Polling Day.

“If the truth be known I think the mood of the country on polling day told us that there was something happening…I think when we looked at the turn out yesterday there was a sort of a calm. People were very calm people were very peaceful as if they had predetermined that they were going to make their power felt and their power is to vote. So at the end of the voting we had a fairly good sense of what the people had determined…
“I think and I say that not with any sense of pride but rather because I feel we have been around this matter for a little while and I think if one is in tune with the people, one can sense what the people’s will is but as I said its very humbling. The whole team I think is also humbled, we have worked hard but we have always kept our ears and feet on the ground,” he said.

The Premier Elect further added that the win was a testament to their resilience. 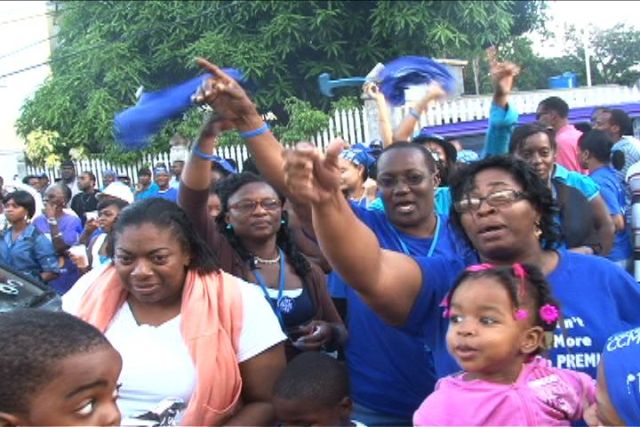 “We had that court case and the trials in the court which again tested us not just in terms of money, in terms of time but in terms of our resilience to take an issue, take a cause and pursue it to the very end because in all of this we are trying to preserve our democracy, we are trying to restore decency and transparency to government in Nevis.

“I am hoping that this will move across the waters in not too distant future, so that we can see our country as a whole returned to the state that we can feel good about our government, feel good as a people so that we can take our place again as a country in which people can have confidence in the Caribbean and beyond,” he said.