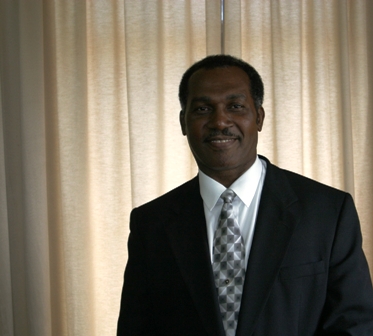 Premier Elect and Leader of the Concerned Citizens Movement Mr. Vance Amory, who will lead the Nevis Island Administration for the next five years (file photo)
NIA CHARLESTOWN NEVIS (January 23, 2013) — The Concerned Citizens Movement (CCM) emerged victorious at the polls in Nevis on January 22, 2013. The results came near 7am on January 23, cementing the CCM’s victory over the Nevis Reformation Party (NRP). The election results paved the way for new leadership of the Nevis Island Administration (NIA) for the next five years.

According to the results, Leader of the CCM emerged victorious over Mrs. Patricia Hanley of the NRP in the St. Georges Parish with a total of 713 votes. She received 195 votes.

While in the St. Thomas Parish Leader of the NRP and former Premier of Nevis Mr. Joseph Parry won the CCM’s Mr. Keith Scarborough with 483 votes. Mr Scarborough amassed 176 votes.

The results led to early morning celebrations at the Party Headquarters in Government Road and the new Administration is expected to be sworn in shortly.