In an interview with the Department of Information on July 4th, on the heels of the first in a series of training seminars for taxi drivers and tour bus operators, Ms. Liburd said the new legislation which was recently presented in the Nevis Island Assembly by Premier of Nevis and Minister of Tourism Hon. Joseph Parry, would also give the Ministry greater leverage to keep the operators in harmony with the new required standards.

“The legislation gives us more power in the way that they operate, as we never had a disciplinary procedure before that was prescribed by law. It gives us dedicated taxi areas within town, especially when we have a cruise ship coming in. It gives us more leeway in things like closing the road off and letting people be aware that this is the reason why we are doing it. It literally gives us the ability to say to the taxi driver these are the standards that have been set by law and we are encouraging you to adopt those standards and it will be the same across the board. So that’s what it gives us.

According to Ms. Liburd, Nevis continued to be marketed as a high end destination and therefore everything related to that marketing strategy should be on the same level. As a result the operators will be monitored and assessed after the training.

“We say we are a high end, upscale destination and therefore every single aspect of it must have the same level of what we say we are selling and the legislation is bringing the taxi drivers and tour bus operators in line with those standards. 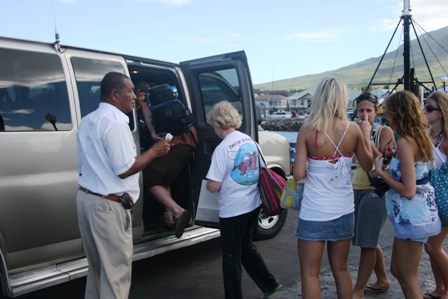 “When we do the taxi training and so on we want to have measures in place where you could evaluate them, you go you see what they are doing and we see how our training programmes work and see how the law is working with regards to what we are expecting,” she said.

The Ministry of Tourism Official also expressed the view that the new legislation would be of benefit to the 72 taxi and tour bus operators, that their records showed were operating on Nevis.

“I feel this legislation is better for the taxi associations because it gives them more clout. Nothing has changed they still get all their concessions, everything they were entitled to. Under the law nothing has changed with regards to that…

“It just makes for a more professional working relationship. Every industry has rules and regulations, everywhere in the world you go, the taxi drivers are held accountable for their actions as small business people. Only in Nevis they seem to think that it is not a business it is just something I am doing. We are hoping that this new law shows them that it’s your business it’s your livelihood and it comes with consequences for not operating within the standards of the international world,” she said.

Ms. Liburd further added that wherever one travelled in the world and they encountered a problem one could complain unlike in Nevis.

“Here they would be like go ahead because they know we [Ministry of Tourism] can’t do anything unless they are breaking a traffic law with their physical vehicle or something, or assault or those kinds of laws we had nothing that we could do. 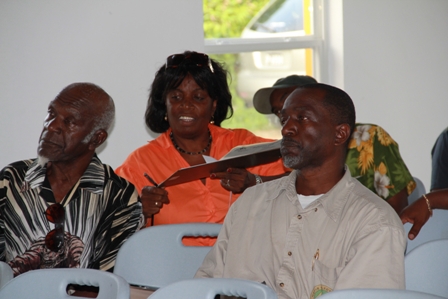 “So in effect the new law will be keeping them in check and I am hoping that it will make them better businessmen with a better mindset about marketing themselves and understanding the international standards that are expected of us here in Nevis based on the product we say we are selling,” she said.

Meantime, Ms. Liburd said although there was no set timeline for training, a permit issued by the Ministry for operating as a taxi driver or tour bus operator was one of the requirements set out by the new legislation. The new ordinance also spoke to how to apply for a permit and the qualifications needed.

However, she said the law also addressed the issue of transition for those who already operated as a taxi or tour bus operator prior to the legislation.

When the legislation was taken to the House it gave certain recommendations and requirements where taxi drivers required a permit. One of the main parts of it was how they apply for a permit, how they qualify for a permit and those were the two major factors.

“A person who immediately before beginning of the Ordinance on operating a taxi or tour bus was a holder of the required driver’s license, they can apply for a permit under this ordinance. So in order to get a new permit under this ordinance, they would have to go through the qualification process. They still retain that “T” but they must know that there is this permit that we are going to be giving all taxi and tour operators,” she said. 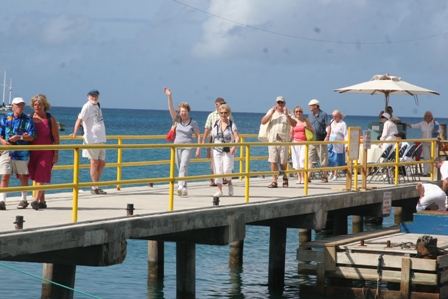 Going forward, the Ministry planned to issue photo identification cards, official stamps for the vehicle and the various fares posted on the inside of the vehicles.

According to Ms. Liburd, it was critical that the taxi and tour bus operators knew of the requirements of the new legislation and as such they had planned for the second training session from August 27th to September 3rd though the venue had not yet been settled.

She said if the operators did not attend the seminars ahead of the next tourist season in October and did not meet the necessary requirements under the new legislation for permits, once the Ministry began implementation it may become necessary to put in place a certain course of action to drive home the point that it was no longer business as usual but that the permit was required by law if one was desirous of conducting a taxi or tour operating business on Nevis.