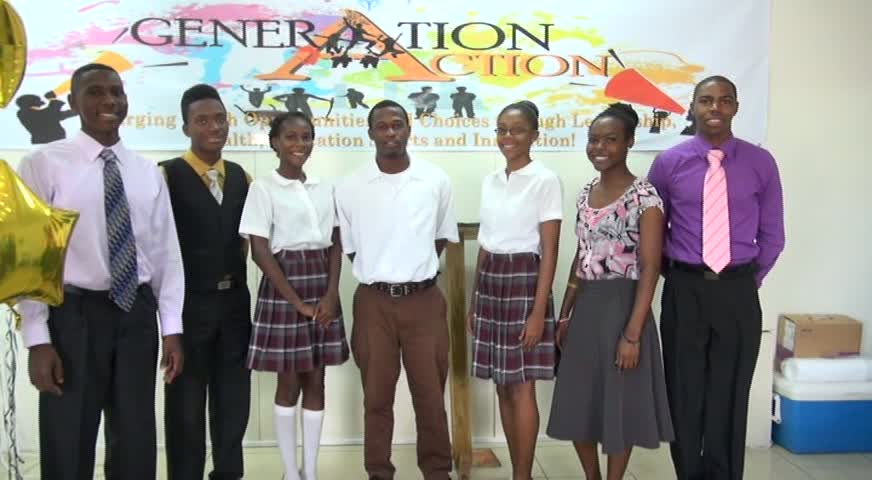 The new Executive of the Nevis Youth Council (L-R) Dwayne Hendrickson, President; Luciano Morrison, Vice President; Clayticia Daniel, Secretary; Donne Dyer, Assistant Secretary; Tameka Vyphuis, Treasurer; Daniella Ward, Assistant Treasurer and Bervis Burke, Public Relations Officer
NIA CHARLESTOWN NEVIS (April 30, 2014) –Outgoing Vice President of the Nevis Youth Council Duryan Cozier urged the members of the new executive to build on the foundation that the last executive had put in place and to continue to build the integrity of the organisation.
His comment came when he delivered remarks at a brief ceremony to introduce the new members of the council at the Department of Youth and Sports in Charlestown on April 29, 2014.
“Last year, the previous executive board constructed a constitution by which members of the executive presiding over the Nevis National Youth Council and general members of the Council must recognise.
“A foundation was placed for the future executive members and general members of the youth council to build upon. This year, being an elected executive member of the Nevis National Youth Council means that members of your peers have entrusted you to continue constructing the integrity of the Council,” he said.
Cozier reminded his successors that they were elected by their peers to be their representatives and they should make their voices heard.
“Our fellow youth have given you, the elected executive, the opportunity to facilitate the continued growth and betterment of youth on the island. You must remember that the Nevis National Youth Council is a body that included every youth on the island but being executive members, it is you who would serve as the public face of the council. It is you who will have to stand up and be the main amplifiers of the youth voice here on Nevis. 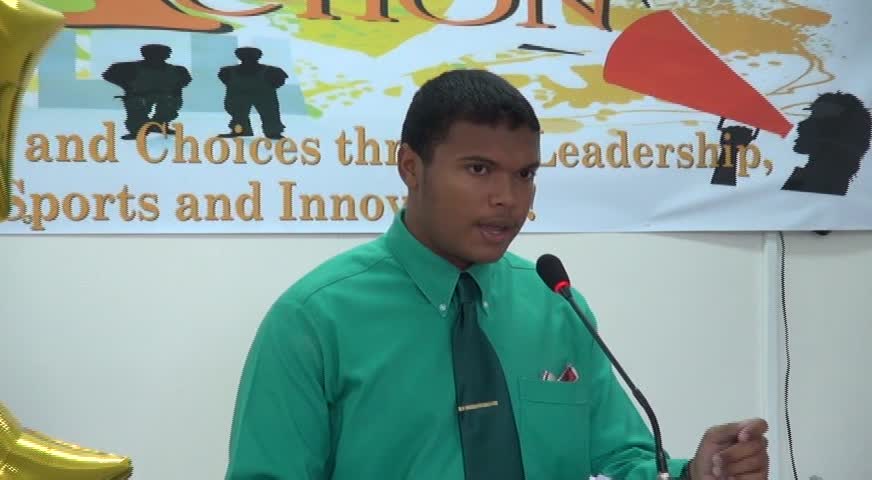 “We, as youth, have such advantage on our side. We have a little bit more energy, a little more time which we can use to make a difference,” he said and added that his tenure on the executive was a learning and rewarding experience.
The newly-elected members who will serve on the Nevis Youth Council executive are Dwayne Hendrickson, President; Luciano Morrison, Vice President; Clayticia Daniel, Secretary; Donne Dyer, Assistant Secretary; Tameka Vyphuis, Treasurer; Daniella Ward, Assistant Treasurer and Bervis Burke, Public Relations Officer.
Meantime, Coordinator of Youth Development in the Department of Youth and Sports Zahnela Claxton, in brief remarks told the new youth council executive that their tenure would not always be smooth sailing but they should not lose faith in their quest to better their peers.
“Council executive members, you will encounter several challenges. You will be frustrated at times. I will not try to tell you otherwise but you learned several important characteristics about leadership during our Leadership Symposium.
“You know that in the midst of the struggle and frustration, your peers view you as role models and will look to you for guidance. Enjoy the journey. Don’t lose sight of why you are doing what you are doing. Seek advice whenever necessary. I encourage you to be a generation of action,” she said. 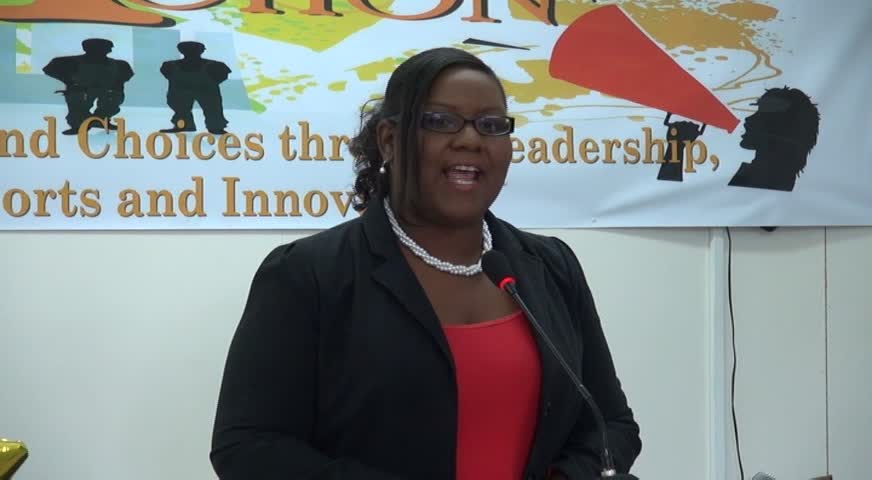 According to Claxton, the new executive was elected during a recent Youth Leadership Symposium hosted by the Department. She said she felt elated and noted that they had the potential to do great things that would lead their peers in the Department’s push for a generation of action.
“Each of you has committed your time to the council and by extension the youth of Nevis for the upcoming year. I know that you are all eager to officially begin your journey. I am sure that you have several innovative ideas and that your activities would cause a thrust in the positive development and empowerment of our young people,” she said.
Remarks also came from outgoing Youth Officer Vijay Harrinarain, while the Vote of Thanks was delivered by Youth Officer Lanisa Burke.