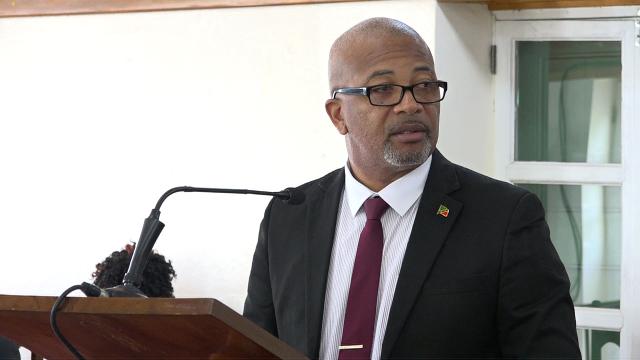 NIA CHARLESTOWN NEVIS (October 09, 2019) — The Nevis Physical Planning and Development Control (Amendment) (No. 2) Bill, 2019 was passed at a sitting of the Nevis Island Assembly at Hamilton House on October 08, 2019.

The bill was tabled by Hon. Spencer Brand, Minister of Physical Planning in the Nevis Island Administration (NIA). At the end of the sitting, the minister spoke to the Department of Information about amendments the Nevis Physical Planning and Development Control Ordinance and the rationale behind doing so.

“Today we sought to amend Section 6 and Section 28 of the Nevis Physical Planning Development Control Ordinance. The intent in Section 6 as amended, was to try and codify the functions and powers of the Development Advisory Committee, by inserting two new sections – Section 6 (a) and Section 6 (b) and also to bring some clarity to the function as to how things interrelate with the Cabinet and the committee.

The Physical Planning Minister, stated that Section 28 of the legislation was repealed and replaced.

“With regards to Section 28, we repealed that entire section and we redrafted that section. The aim was to try and make the relationship between the Development Advisory Committee a more seamless manner as it relates to how things are related to Cabinet and how Cabinet relates to the Advisory Committee.

“There were some questions as to how matters were referred to Cabinet and the response from Cabinet, and so we sought this morning to try and streamline that process and outline how that process will work,” he said.

The bill was one of two which were introduced and passed at the assembly’s sitting. The other was the Nevis Taxi and Tour Bus (Amendment) Bill, 2019 which was tabled by Hon. Mark Brantley, in his capacity as the Minister of Tourism in the Nevis island Administration.