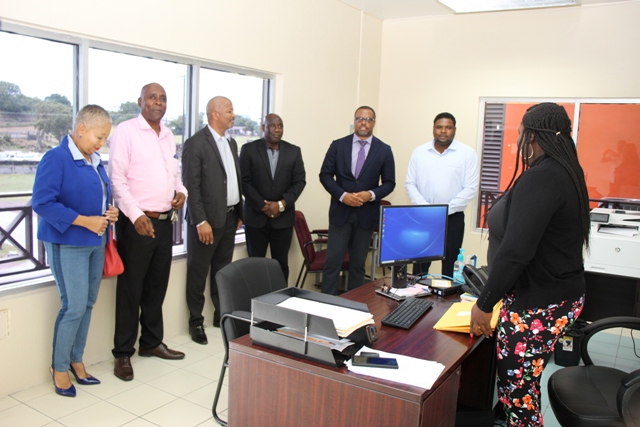 NIA CHARLESTOWN NEVIS (September 23, 2019) — In a historic move, for the first time, members of the Nevis Island Administration’s cabinet have filed their declarations of assets with the Integrity Commission.

The filings were done on Friday, September 20, 2019 some 10 days early. The commission had directed that such declarations be filed by September 30, 2019.

Hon. Mark Brantley, Premier of Nevis said he is happy that his cabinet is leading by example and encouraged all who are covered by the provisions of the legislation to cooperate fully.

According to Premier Brantley, two cabinet members, the Hon. Eric Evelyn and the Hon. Hazel Brandy-Williams, “were unable to participate due to unavoidable overseas commitments but they shall file next week.”

Selected by Her Honour Hyleeta Liburd, Deputy Governor General on Nevis, Attorney, Mr. Ricaldo Caines functions as the Chair of the Integrity in Public Life Commission. The other two members are Mr. Alford Tyrell, the nominee of the Opposition, and Mr. Sydney Newton, the nominee of the Government.

The Integrity in Public Life Bill which was tabled in the Nevis Island Assembly by Former Premier of Nevis Hon. Vance Amory, was unanimously passed in September 2013, establishes clear rules and guidelines, to govern the manner in which serving politicians and public servants conduct the business of the people of Nevis.

The Integrity in Public Life Ordinance, No. 2 of 2013 will be used to evaluate the performance of their duties, provide a system which will act as a “watchdog” to protect the integrity of the public service, and seek to prevent abuse of the public office.

The legislation also seeks to prevent those seeking public office from engaging in unethical practices which are unfavourable to the public, and to ensure the principles of transparency and good governance removes the temptation of any attempt to engage in actions or activities, which are against the good of the people.

In a statement issued in June 2019, the Commission which began operating officially as of June 03, 2019, pledged its commitment to promote good governance through the rule of law, to guarantee transparency and accountability.

The Commission also assured the general public that steps would be taken to ensure that all confidential and sensitive information shared with the office would remain confidential.